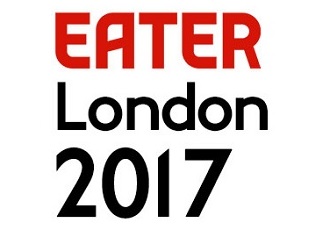 The greatest restaurant city in the world? No, not even if such a nonsensical statement could be authoritatively made. But, writes Adam Coghlan, the new editor of Eater London–launched officially today–his home city has come a long culinary way:

London is a city in which the restaurant scene has boomed. It can be said, objectively, that things have dramatically improved. Visitors with an appetite would once, in the not so distant past, have been about as excited about what they were going to eat in London as they would be when they went to Malta. That is no longer the case.

Ha ha. More seriously, Coghlan’s introductory note is one of the more extensive and solid ones we’ve recently read, as he goes on take the temperature of British Cuisine, ‘Bistronomy,’ Wine Bars, Diversity, Revival challenges and Talent. Coghlan, who has contributed previously to Eater as well as a number of British newspapers and magazines, moves over from the London Restaurant Festival, where he was serving as director of content and communications.

In a separate note, Eater editor in chief Amanda Kludt touts a pair of Eater London scoops about Shake Shack and eatery P. Franco, while also apologizing for not spelling it ‘neighbourhood.’

This is Eater’s 24th site overall, its first one beyond Canada and the U.S., and the first new portal it has launched since 2013. Tally ho!