Once a week, the New York Post zeroes in on magazine-industry trends under the heading “Media City.” The columns are tagged as ‘Post Staff Report,’ allowing the author(s) a little extra freedom when the focus is negative. And boy, is it ever this week. 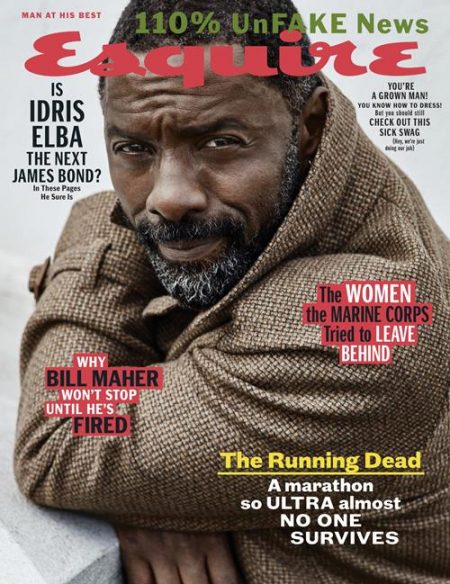 The lead item dumps all over the August issue of Esquire, with Idris Elba on the cover:

Writer Stephen Rodrick, in a weak feature on Bill Maher, proves he hasn’t a clue about the comedian’s M.O., and the formidable actor Idris Elba is profiled in a very pedestrian work by Maximilian Potter.

We couldn’t figure out if Adam Grant’s Q&A with director Christopher Nolan was about Nolan or Grant–then we didn’t care.

Media City liked the issue’s look at the ten worst parties in America, as well as a fashion spread featuring young Hollywood directors and Zach Barron’s latest contribution. But more broadly, they throw a ‘3 a.m. cat’s yawn’ in the direction of editor Jay Felden.

The July 24 Media City column is headlined “Men’s Magazines Desperately Need New Material,’ setting up an even wider swath for the first few paragraphs. ‘Month after month they pump out the same formulaic crap they’ve been chopping down trees for decades to produce,’ bemoans New York Post Staff.