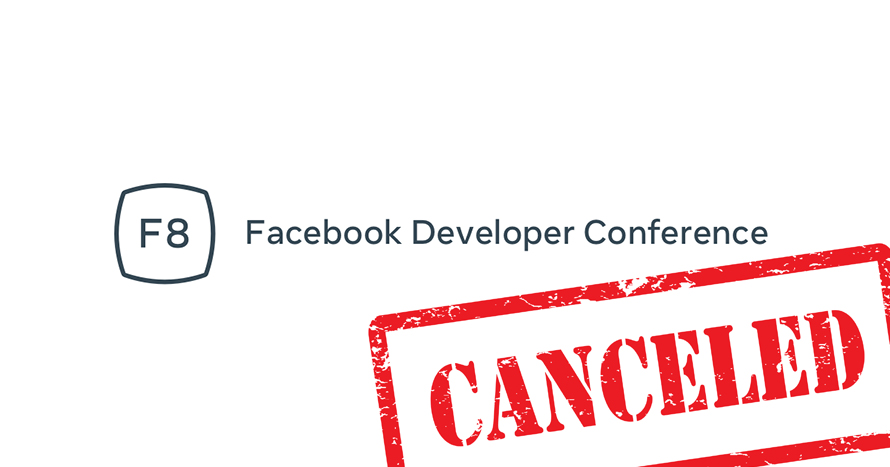 Citing the coronavirus outbreak Facebook announced Wednesday it has cancelled F8, the social network’s annual developer conference, which was scheduled for May 5 and 6 in San Jose, California.

The decision comes a day after a patient in California tested positive for the Covid-19, known as the coronavirus, and President Donald Trump held a briefing about the outbreak, tapping Vice President Mike Pence to lead the White House’s response. It also comes at a time when global events, such as the Summer Olympics in Tokyo, are considering altering or canceling plans because of the virus.

“This was a tough call to make—F8 is an incredibly important event for Facebook and it’s one of our favorite ways to celebrate all of you from around the world—but we need to prioritize the health and safety of our developer partners, employees and everyone who helps put F8 on,” Facebook said in a statement Wednesday. “We explored other ways to keep the in-person part of F8, but it’s important to us to host an inclusive event and it didn’t feel right to have F8 without our international developers in attendance.”

Facebook also said it is planning other ways of getting together, including locally hosted events, videos and live-streamed content, noting that it would release details about these in the coming weeks.

Every year, Facebook uses its F8 conference to announce new features to the social media platform. Big announcements have covered augmented reality and the introduction of Messenger bots. Last year, Facebook announced a revamp of its desktop site and mobile application. In 2018, the tech giant announced it was testing Facebook Dating.

Last week, Facebook pulled out of the Game Developers Conference in San Francisco, which will be held from Mar. 16 to 20. Facebook Gaming and Oculus were both scheduled to attend, but withdrew due to concerns about the coronavirus outbreak.

A number of big tech companies hold spring conferences—like Google Cloud Next, IBM Think, Adobe Summit—and many will gather for South by Southwest next month. Facebook’s decision could be the beginning of a series of more conference cancellations.

Earlier this month, Mobile World Congress in Barcelona was put to a halt.