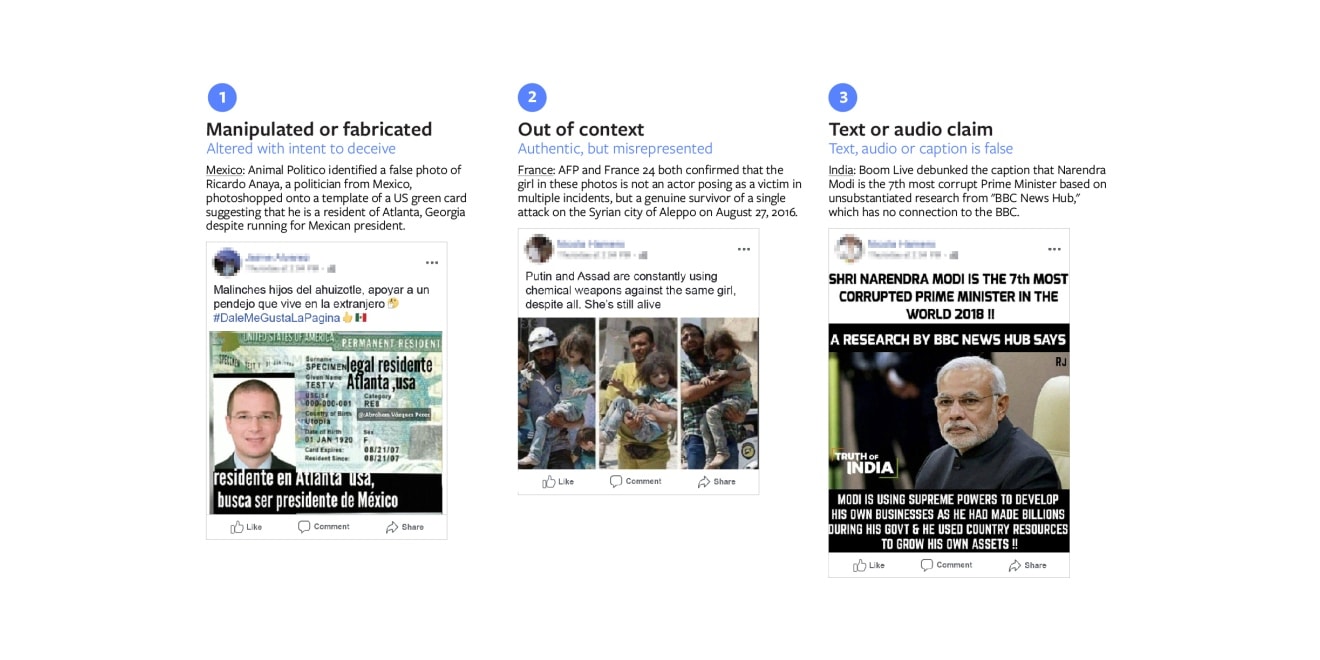 Fake news is not delivered solely in the form of text, so Facebook expanded its fact-checking efforts to photos and videos for its 27 fact-checking partners in 17 countries.

Product manager Antonia Woodford said in a Newsroom post that the social network developed a machine-learning model that relies on engagement signals, including feedback from Facebook users, to identify potentially fake content.

She wrote, “Many of our third-party fact-checking partners have expertise evaluating photos and videos and are trained in visual verification techniques, such as reverse image searching and analyzing image metadata, like when and where the photo or video was taken. Fact-checkers are able to assess the truth or falsity of a photo or video by combining these skills with other journalistic practices, like using research from experts, academics or government agencies.”

According to Woodford, misinformation in photos and videos usually falls into three categories: the content has been manipulated or fabricated; it is out of context; or there is a text or audio claim.

Woodford said Facebook will continue to update its machine learning model based on ratings from fact-checkers, adding that it also uses optical character recognition to extract text from photos and videos and compare it with the headlines in fact-checkers’ articles. Facebook is also working on new ways to help detect when a photo or video has been manipulated.

She wrote, “People share millions of photos and videos on Facebook every day. We know that this kind of sharing is particularly compelling because it’s visual. That said, it also creates an easy opportunity for manipulation by bad actors. Based on research with people around the world, we know that false news spreads in many different forms, varying from country to country. For example, in the U.S., people say they see more misinformation in articles, whereas in Indonesia, people say they see more misleading photos. However, these categories are not distinct. The same hoax can travel across different content types, so it’s important to build defenses against misinformation across articles, as well as photos and videos.” 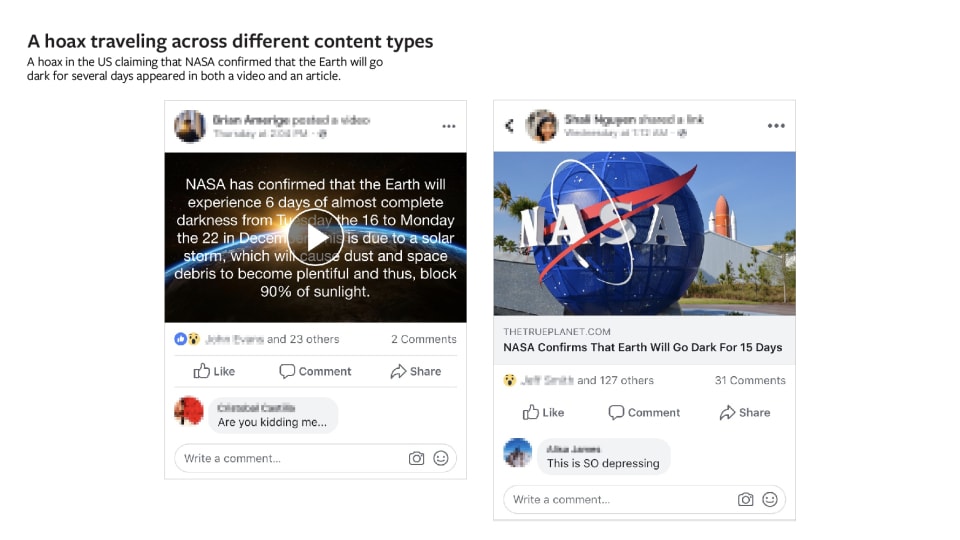