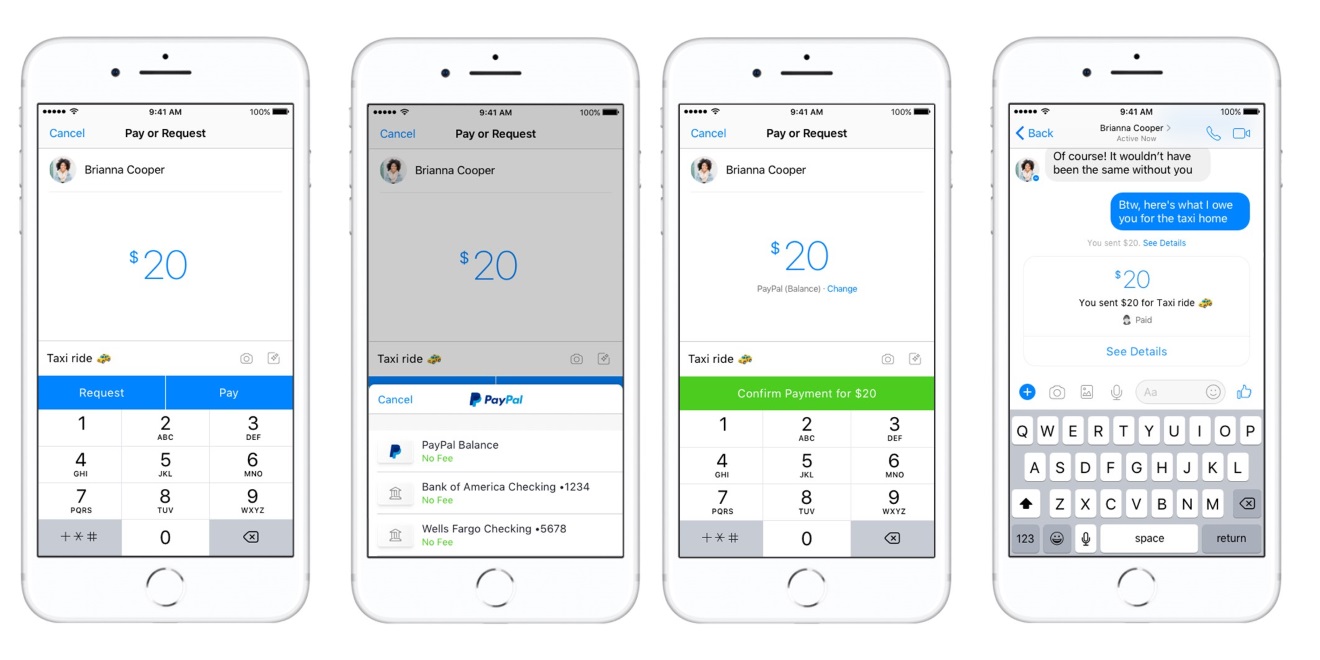 PayPal users can now send money to or request money from their friends directly via Facebook Messenger.

PayPal chief operating officer Bill Ready announced the new feature in a blog post, calling it an expansion of the company’s relationship with Facebook.

The electronic payment processor and the social network teamed up last year to enable Messenger users to shop and communicate via PayPal without leaving the messaging application.

Messenger users who wish to conduct peer-to-peer payments can click the blue plus icon within messages with other users or group threads, and then click the green Payments button to send or request money, choosing PayPal as their funding source at that point.

Ready also said PayPal is launching its first ever Messenger bot for customer service, enabling users to receive support regarding their payments or accounts directly within the app.

The bot will aid users with tasks including resetting passwords, account inquiries and refunds on payment issues, and it can be accessed by searching for PayPal within Messenger’s search field and typing a message.

The Messenger team is well acquainted with PayPal, as vice president of messaging products David Marcus stepped down as president of PayPal in June 2014 to join Facebook, followed in December of that year by PayPal vp of growth Stan Chudnovsky, who became product manager for Messenger.

Ready said in his blog post, “As the leader in P2P payments with $24 billion in P2P volume during the third quarter of 2017 alone (up 47 percent year-over-year), the ability to send and request money in Messenger—one of the most widely used apps in the world—gives people more choice and more convenient ways to get things done in different contexts. Whether it’s splitting a bill for a cab ride or a night out, paying for your share of the rent or making sure you get paid back for Mom’s birthday present, PayPal makes exchanging money between friends and family simple.”