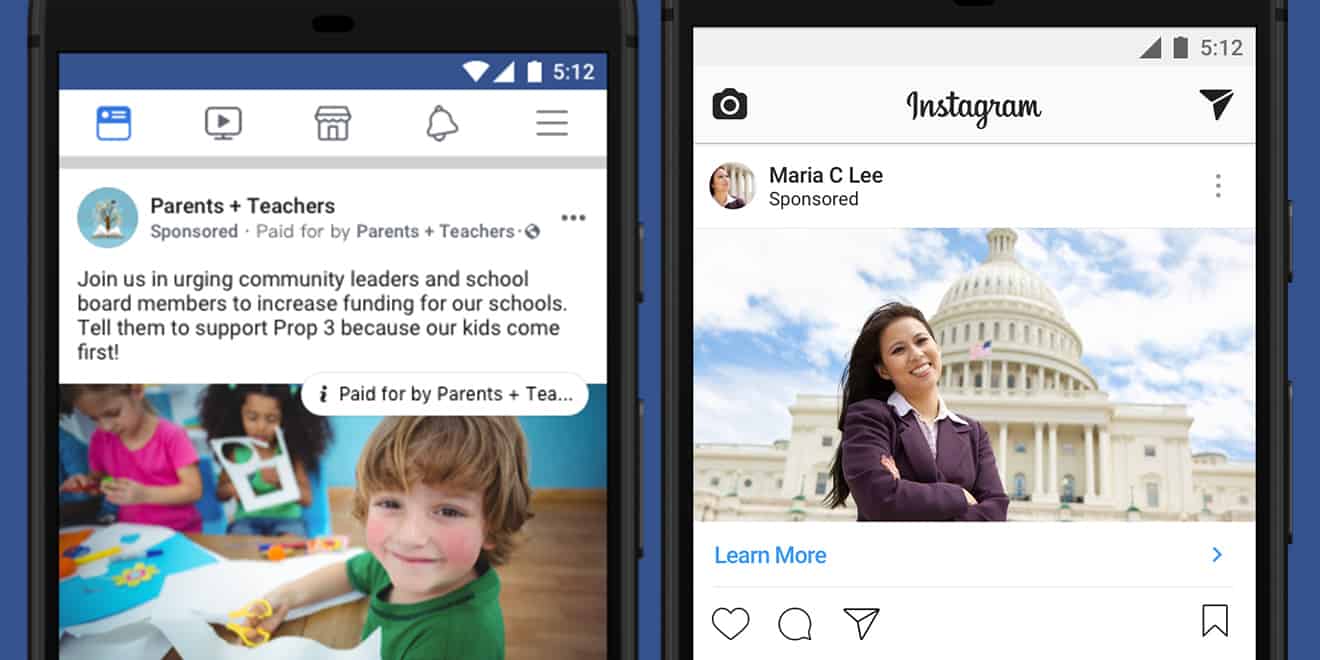 Facebook head of global news partnerships Campbell Brown explained in a blog post why news publishers will not be exempted from the social network’s recent introduced policy on political ads.

Facebook announced last month that all election-related and issue ads in the U.S. on both Facebook and Instagram must now be clearly labeled, including disclosures at the top of the ads revealing who paid for them.

The social network also revealed in May that it created an archive that is available globally and will contain ads and political issue content run by advertisers for up to seven years from the day they run, along with information including the campaign budget associated with the ad and how many people saw it (as well as their ages, locations and genders).

Brown wrote, “Many publishers have welcomed this approach and welcomed our commitment to transparency around their ads. Some publishers have asked for an exemption from this new process. Removing an entire group of advertisers—in this case, publishers—would go against our transparency efforts and the work we’re doing to shore up election integrity on Facebook. We don’t want to be in a position where a bad actor obfuscates its identity by claiming to be a news publisher and, what’s more, we know there can be editorial content from news organizations that takes political positions. For these reasons, we’re focused on the separate archive treatment, without exemptions.”

She added, “It’s worth noting that our commitment to transparency around electoral and issue ads applies to all organizations—not just news and advocacy, but to commercial enterprises and traditional businesses that engage in issue advertising, as well. This new process was not put in place as criticism or judgment. It’s simply a tool that we hope promotes more informed consumption. We believe this is consistent with the media literacy efforts we know many publications already endorse.”