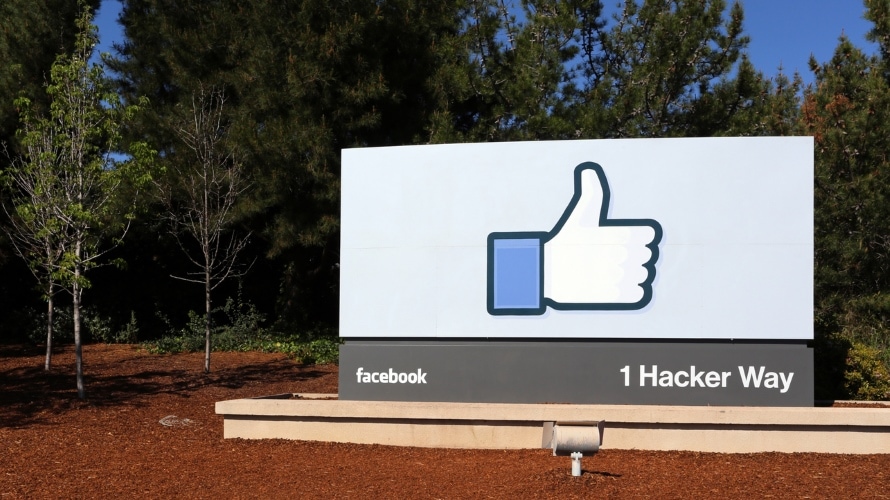 Facebook managed to survive a nonstop barrage of controversies throughout 2018 and post strong financial results for the fourth quarter and full year.

The company reported $16.914 billion in revenue in the fourth quarter of 2018, up 30 percent compared with the year-ago period and far exceeding analysts’ consensus expectations of $16.4 billion. 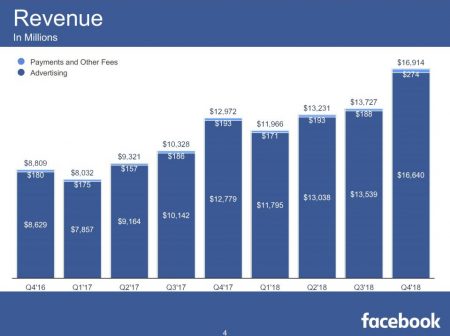 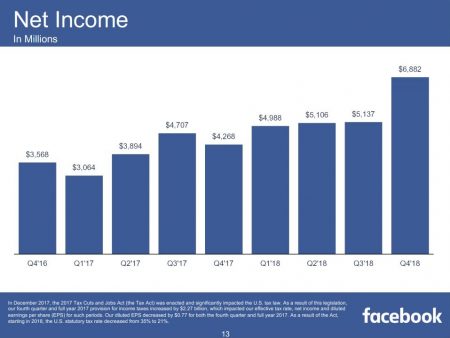 Chief financial officer Dave Wehner said during his opening remarks on the company’s earnings call Wednesday that the boost in DAUs was led by growth in India, Indonesia and the Philippines. 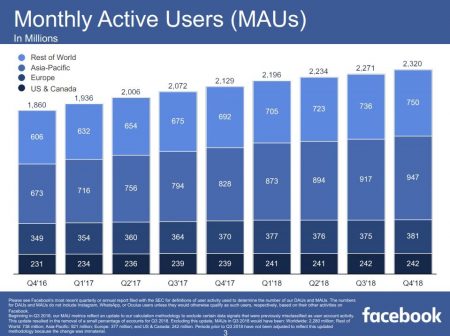 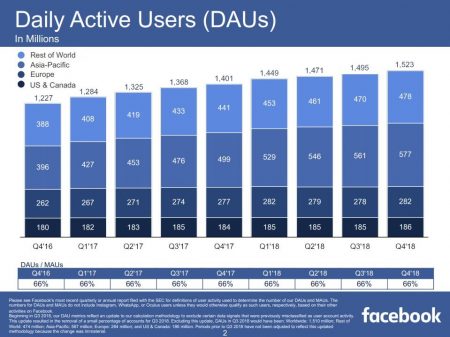 Wehner added that some 2.7 billion people worldwide used one of the company’s family of applications in December, with over 2 billion active daily.

He said that a change in the way Facebook reports these numbers is imminent, adding, “We believe these numbers better reflect the size of our community and the fact that many people are using more than one of our services. For the time being, we will continue to disclose both sets of numbers, but over time, we expect family metrics will play the primary role in how we talk about our company, and we will eventually phase out Facebook-only community metrics.”

During her opening remarks, chief operating officer Sheryl Sandberg said Facebook now has over 7 million active advertisers across its services, and 2 million advertisers are using Stories across its family of apps.

More than 90 million small and midsized businesses are currently using Facebook’s ad products, with the “vast majority” doing so free-of-charge, CEO Mark Zuckerberg said during his opening remarks, adding that one-half of those surveyed by the company said they have been able to grow their businesses and increase head count since joining Facebook.

In response to an analyst’s question later during the earnings call, Sandberg said more than 10 billion messages are being sent between people and businesses on Facebook Messenger each month.

Finally, Zuckerberg devoted quite a bit of time offering more details on the plans that were announced earlier this month to integrate the infrastructure that powers messaging via WhatsApp, Messenger and Instagram Direct.

In response to an analyst’s question, he mentioned Marketplace, the social network’s ecommerce tool, saying, “Hundreds of millions of people are using Marketplace on Facebook now, and a lot of people are using that in countries where WhatsApp is the primary messaging app that they use. We have these experiences today where we’re building Marketplace, and you go to message someone to buy something, and the link to basically do the messaging is over Messenger, but in that country, what people really want to be using is WhatsApp. And we need to make it so that people can communicate across the different networks and graphs that they have or be able to do that integration better in order to facilitate more transactions and connections there.”

He also focused on the increased security enabled by end-to-end encryption, saying in response to another query, “One of the ways that we’re talking about decentralization is through end-to-end encryption in messaging. I do think that there is a very broad sense as you’re saying that—and greater awareness—that having data stored for long periods of time with companies cannot only be an asset in that can help provide better services, but it can also be a liability in that there could be breaches or the data can be used in ways that weren’t intended. And I think people broadly are starting to get that more, which is why things like encryption are so attractive to people and why features around ephemerality or keeping data less permanently are becoming increasingly important. When you think about the types of products that we’re building—messaging where encryption is going to play a huge role, sharing with your friends where Stories, which is ephemeral, is the main thing that’s growing—these are really privacy-first products.”