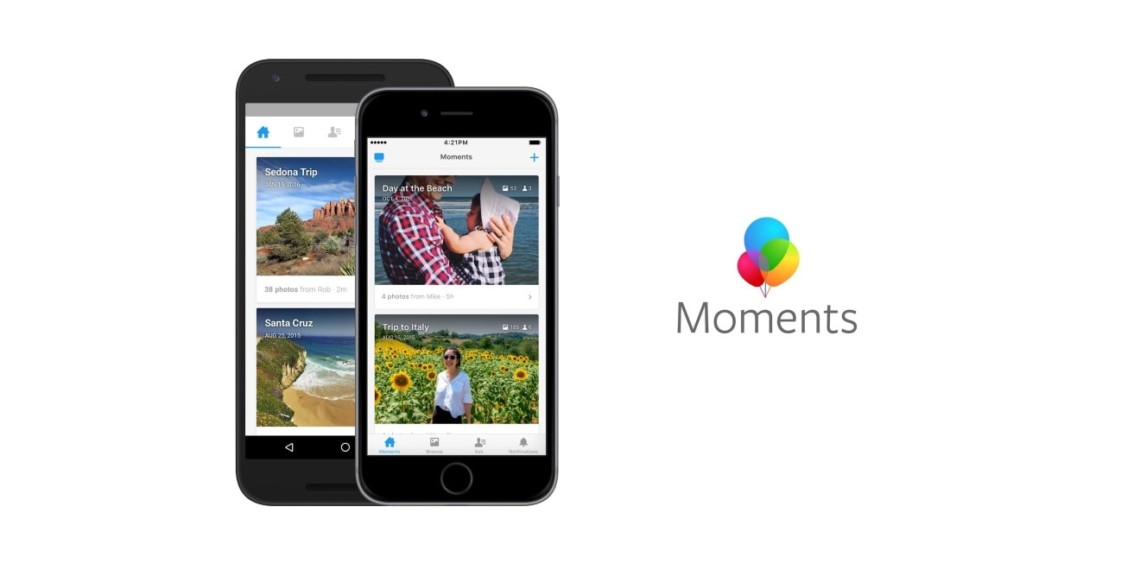 Only a few moments left for Facebook's Moments app Facebook

Take a moment to bid farewell to Facebook’s Moments stand-alone application, as the social network confirmed that it will be shuttered Feb. 25.

Facebook introduced Moments in June 2015 as a way for people to consolidate and organize their photos from events by syncing photos taken by Facebook users to private folders and giving them the option of privately syncing those images with friends.

In January 2016, the social network ended its support of photo syncing, moving all of users’ backed-up images to the Moments app.

Facebook created a stand-alone desktop version of Moments in April 2017, but it had limited functionality, only enabling users to see albums they created and who those albums have been shared with.

However, usage of the Moments app waned, and it had not been updated by Facebook since last April.

The Moments app was a casualty of Facebook’s efforts to streamline its focus, and the shift toward Stories and sharing ephemeral content over permanent content helped grease the skids.

Moments users began receiving notifications Thursday about the impending shutdown via email and alerts on the app.

Images stored on the Moments app will not be lost: Starting Jan. 24, the web version of Moments will enable people to save their photos directly to their computers or the camera rolls on their devices.

Photos on Moments can also be shared as albums on Facebook, and the privacy setting on those albums will default to Only Me, but it can be changed so that those albums can be shared with friends.

Facebook said all of these recovery options will be available through May.

Director of product management Rushabh Doshi said, “We’re ending support for the Moments app, which we originally launched as a place for people to save their photos. We know the photos people share are important to them, so we will continue offering ways to save memories within the Facebook app.”

Moments joins a host of other Facebook stand-alone apps to be relegated to the scrap heap: