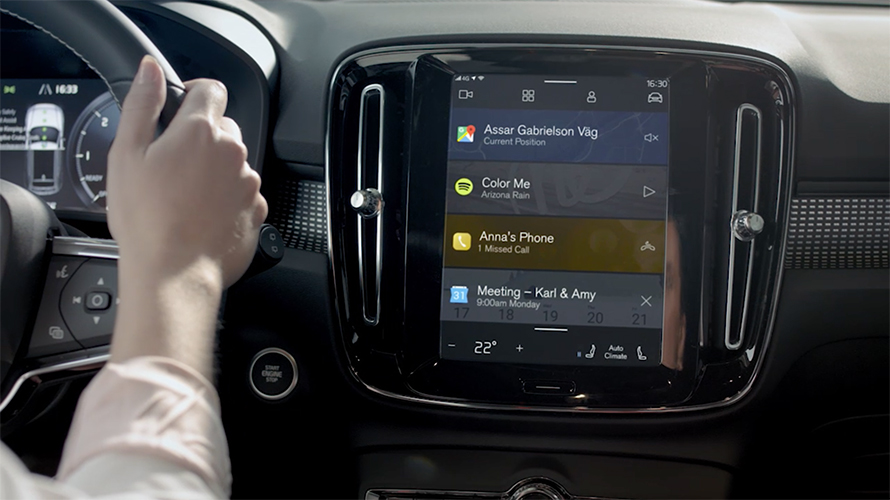 In a few years, every Volvo will have Google Assistant. Volvo

Volvo is working with Google to make Google services standard in its in-car Sensus infotainment system, including Google Assistant, Google Maps and the Google Play Store.

According to a release, the first Android-based system will launch “in a couple of years from now.”

As cars get smarter, the competition for the car’s main screen heats up. Many newer models have incorporated Android and Apple iOS, via the company’s Apple CarPlay, which allows your car to basically turn into your iPhone. AT&T, which entered into a partnership with Volvo in 2014, will provide the internet connection needed to power the Google Assistant.

Google Assistant will provide a voice interface for the car that will allow drivers to control in-car functions such as air conditioning and to use apps to play music and send messages. Volvo said this will help reduce driver distractions. The new features will provide marketers will another outlet to reach consumers as the future of mobile advertising will be in their cars.

Apps and services developed by Google and Volvo will be embedded in the car and thousands of additional apps adapted for Android-based car infotainment systems will be available through the Google Play Store. Volvo said new apps and software updates will be available in real time and automatically applied, which will allow future cars to react to customer needs and offer drivers up-to-date information and predictive services.

“Bringing Google services into Volvo cars will accelerate innovation in connectivity and boost our development in applications and connected services,” said Henrik Green, senior vice president of research and development at Volvo Cars, in a statement. “Soon, Volvo drivers will have direct access to thousands of in-car apps that make daily life easier and the connected in-car experience more enjoyable … The Android platform, Google services and Google’s working relationship with app developers in-house and worldwide will help us further improve the Volvo car experience.”

Volvo announced the new generation of its infotainment system will be based on Google’s Android platform last year. The company also develops its own apps, software and connected services within the Volvo Car Group.