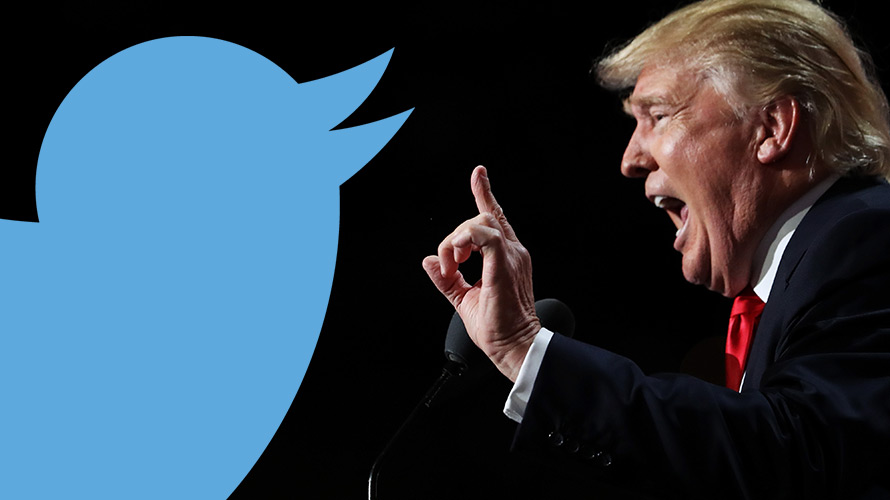 When the @RealPressSecBot transposes tweets from the @realDonaldTrump into official-looking presidential statements, the combination of new media and the output of a tradition-scorning president juxtaposed against the traditional is rarely not bizarre. But the president’s use of his personal Twitter account to discuss the business of the government, however aberrant, makes it a public forum, and any related actions fall under First Amendment guidelines.

This is the premise upon which the Knight First Amendment Institute, a free speech group established last year at Columbia University, is filing a lawsuit on behalf of seven individuals who have been blocked from President Trump’s twitter account after criticizing the president. The suit asks that blocking users based on the expression of dissenting opinions be deemed unconstitutional and calls for the users’ access to the account be restored.

The lawsuit comes after the institute sent a letter to the president, asking him to unblock users who had been blocked because of critical replies to his tweets.

In an interview with Nieman Lab’s Shan Wang, Knight First Amendment Institute director Jameel Jaffer explained the big-picture issue at the heart of the lawsuit:

The Supreme Court has held that there are certain forums that the First Amendment recognizes as public forums, like town halls and open city council meetings. The rule at those kinds of forums is that the government can’t exclude people based on their political views. That’s probably the most well-settled rule in First Amendment jurisprudence: the rule against viewpoint discrimination. That rule is very well settled, but how it applies — or whether it applies — to new communications platforms like Twitter or Facebook is an open question. That’s not something that’s really been litigated before.

The suit itself is worth a read. It’s kind of like Kafka reimagined for the Trump era, while still retaining that dark-comedy twist, with definitional breakdowns of Twitter features, visual aids, and factual allegations like these: