Winter is returning to television sets Sunday night with the long-awaited launch of season seven of hit HBO drama Game of Thrones, and YouTube took a look back at the first six seasons.

YouTube said in an email to Social Pro Daily that season six of Game of Thrones spurred more activity—reaction videos, episode analysis, fan content—than any of the previous five seasons, peaking with the season finale, The Winds of Winter. 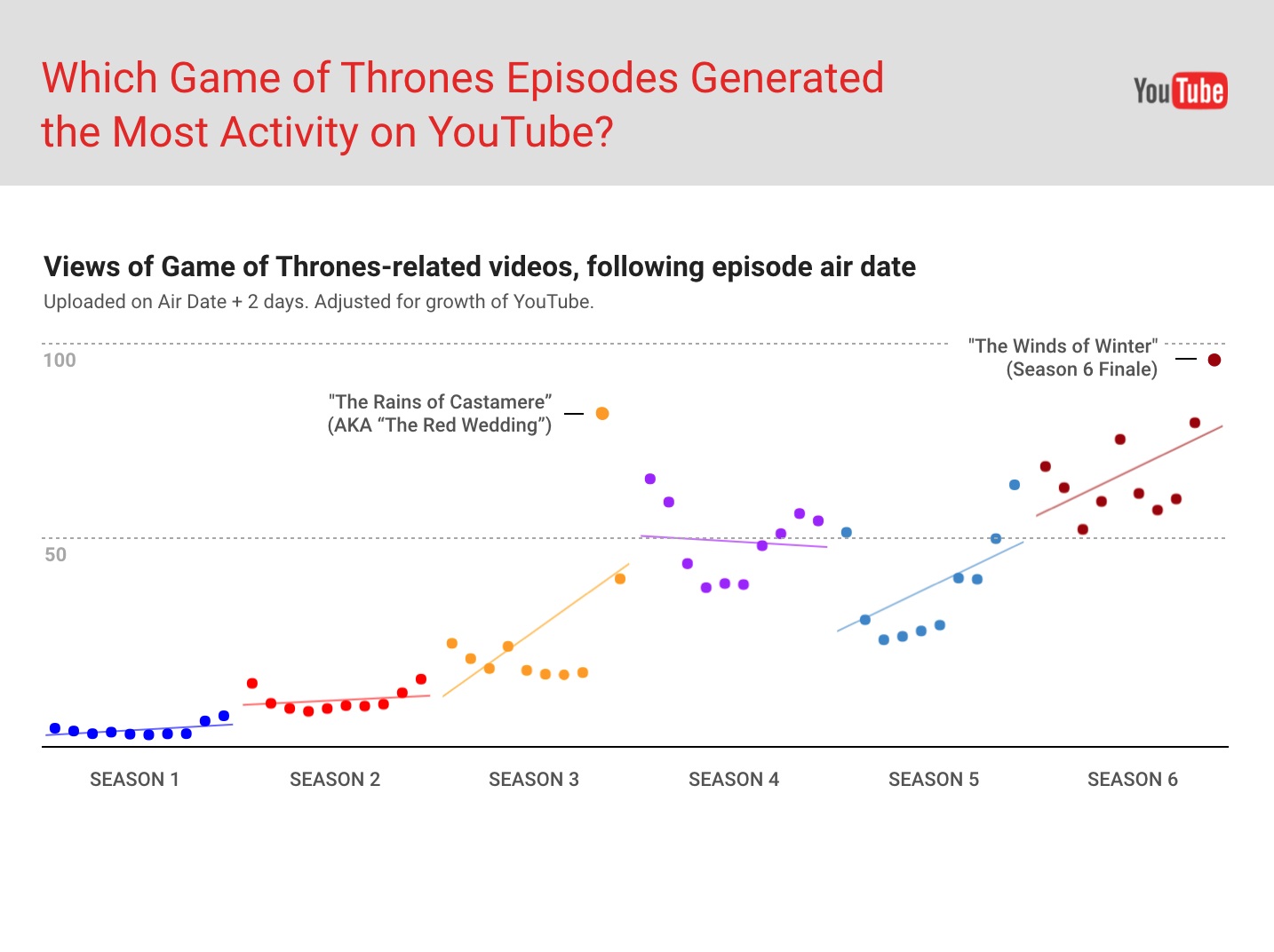 The Google-owned video site also highlighted The Rains of Castamere from season three, better known as the Red Wedding, sharing the following reaction videos from fans, which have totaled 985,000, 850,000 and 110,000 views, respectively:

And YouTube revealed the most popular characters and houses, based on videos related to each: It was a Targaryen sweep, with “Mother of Dragons” Daenerys Targaryen taking the top spot on the list of characters and House Targaryen ruling over the other houses. 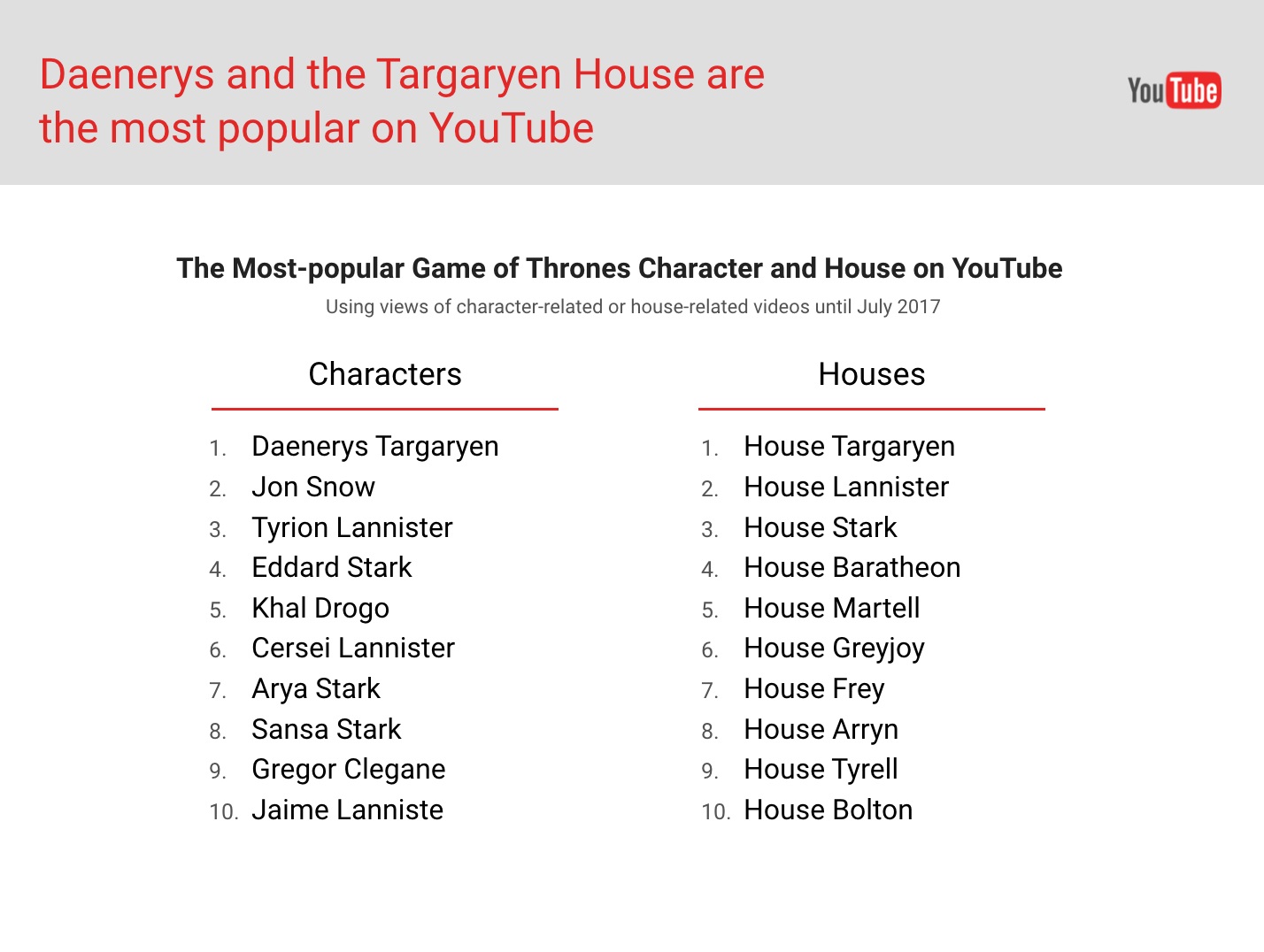