The westside Los Angeles hamlet known as the Pacific Palisades is full of A-list celebrity residents. So why in the world would a Gelson’s Market in the central Village area, a business that currently counts Steven Spielberg and Billy Crystal as regular customers, choose to do this? 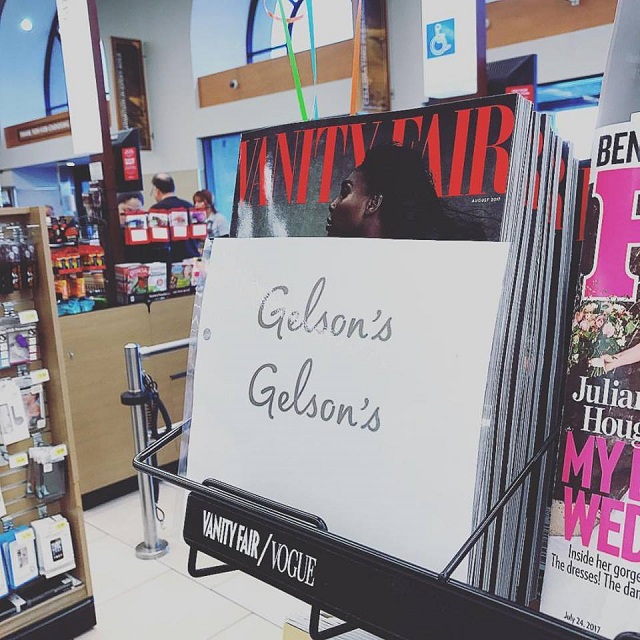 That’s a photo taken at the 15424 Sunset Blvd. location this week by regular customer Burt Kearns and subsequently shared on social media. Shielded is the Vanity Fair cover featuring a pregnant and naked Serena Williams, photographed by Annie Leibovitz in the style of the latter’s famous previous cover for the publication featuring Demi Moore.

Fishbowl is in the process of contacting Gelson’s to try and find out more about why this action was taken. The item will be updated as needed.

Update (1:45 p.m.):
A spokesperson for Gelson’s confirms that requests were received from several Pacific Palisades store customers to cover the August 2017 issue. 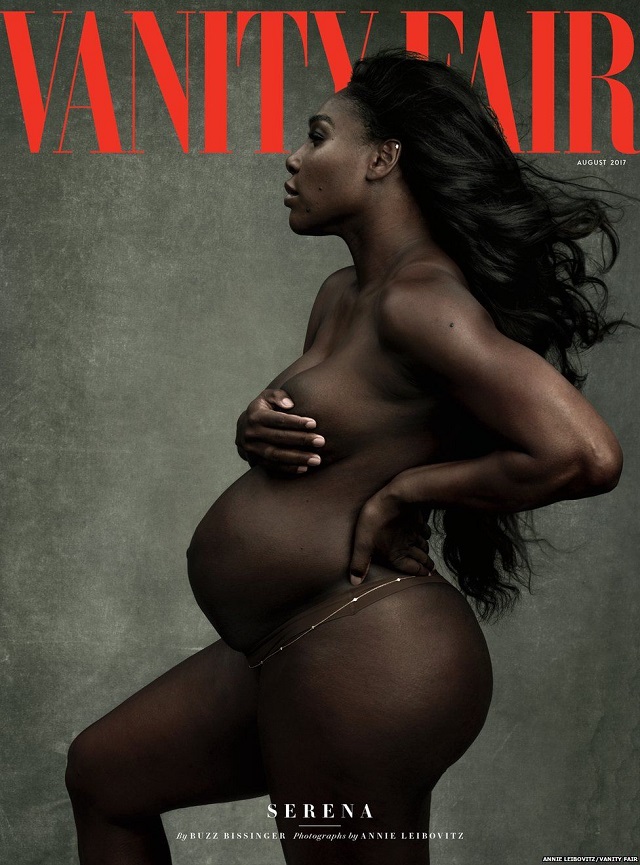 Update (July 21):
Kearns has noted, once again via Instagram, that the covered-up Serena Williams issue has been moved away from the checkout area to the magazine racks located in the store’s liquor aisle.

Others, via social media, have shared similar photos taken at Gelson’s Southern California stores in Dana Point and Silver Lake.