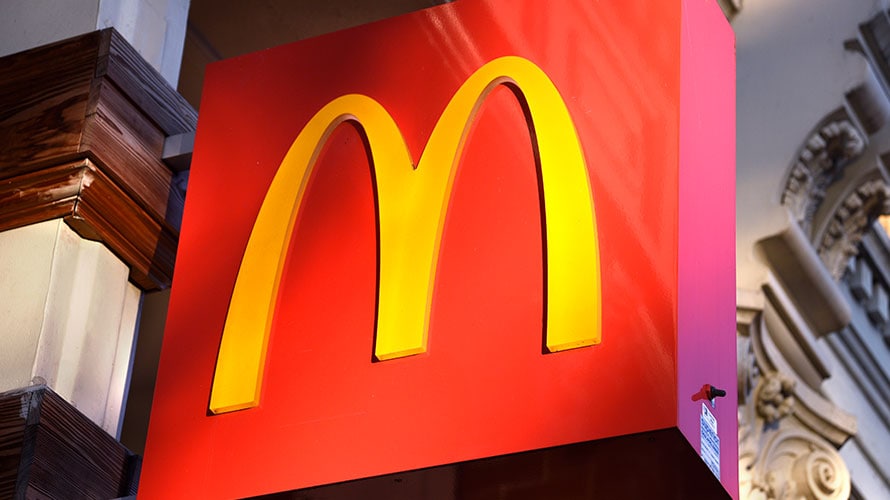 McDonald’s swung for the fences with a $300-million acquisition of Israeli artificial intelligence startup Dynamic Yield to better personalize its digital menus. The Housing and Urban Development Department pegged Facebook with housing discrimination charges over its ad targeting practices. And Mailchimp hit online merchants with a curveball when it announced that it would leave Shopify’s platform, a symptom of growing competition in the ecommerce tool space.

Here are the ballpark figures that caught our attention in this week’s tech news cycle:

$300 million bought McDonald’s an AI startup called Dynamic Yield in the fast food giant’s biggest acquisition in two decades. McDonald’s says the purchase will help it better customize drive-thru menus and self-ordering kiosks by spotlighting items based on weather, time of day or popularity. Dynamic Yield will remain a standalone company and continue to work with its other clients.

“Dynamic Yield fills a gap for McDonald’s: personalization across digital channels,” Purcell said in an email. “McDonald’s realizes that in the Age of the Customer, it can no longer offer a one-size-fits-all experience to its customer, who increasingly want to engage digitally.”

$1.1 billion is Casper’s new valuation after a $100 million series-D funding round, making it the third direct-to-consumer brand to reach unicorn status this month in addition to Rent the Runway and Glossier. The investment will go towards opening more brick-and-mortar stores beyond its existing 23 locations and expanding internationally, particularly in Asia.

The big valuation shows that the hype over direct-to-consumer branding doesn’t seem to be slowing down anytime soon, retail reporter Ann-Marie Alcántara writes:

Part of Casper’s success—and how it reached unicorn status—can be attributed to being first to market as well as starting as a digitally native company, said Bob Phibbs, CEO of the consultancy Retail Doctor. Not only does Casper have the advantage of being the bed-in-a-box brand consumers associate with mattress buying, it also has the data to know who exactly their customers are.

“There is something that brands are really doing well who understand who their customer is and can execute it and say it really well,” Phibbs said.

50 sex trafficking survivors filed suit against Salesforce for its work with Backpage.com, a classified listings site shut down last year over its links to prostitution. The complaint came the same day the cloud-based software giant was named Humanitarian Company of the Year by the American Red Cross of the Bay Area. The suit claims that Salesforce “stepped in” when Backpage executives were facing lawsuits and arrests in 2013 for their part in promoting sex trafficking, which helped the site “survive and even grow.”

Salesforce said in a statement that it does not comment on pending litigation, and one of the lawyers for the plaintiffs, Annie McAdams, responded in an email to tech reporter Lisa Lacy:

“If I were them I would keep quiet, too,” wrote one of the lawyers for the plaintiffs, Annie McAdams, in an email to Adweek. “The evidence of Salesforce’s liability is overwhelming and the damages that have been caused to the victims and our communities as a result are monumental. The fight against human trafficking is hard enough without our country’s top tech talent aiding pimps and traffickers in their illegal efforts.”

37 percent of Pandora ad impressions go uncounted due to multiple people listening to a single stream, according to a new report from the streaming service, Carat and Edison Research. The company said group listening has become more common with the rise of smart speakers.

While no methods of capturing these extra impressions currently exist, Haley Paas, svp of strategy and insights at Carat, said the research should shape creative decisions:

“I think we’re just starting to think about what it means to design for sound so being able to understand more about who people are listening with–be it their family, or their partner or a group of friends–how do you start to adapt creative format to that?” Paas said. “Do you want to be around where people are celebrating, for example? Whereas co-listening for education would look very different.”

More than 270 publishing, photography and music trade groups pushed a controversial Copyright Directive that was passed by the European Parliament this week despite concerns about its potential to chill free speech and stifle the exchange of digital content.

The rules are meant to update copyright law for the digital age, giving publishers and creators more control over how their content is used online. But free speech advocates, tech platforms and more than 5 million Change.org petition signees say it will hurt online creative communities and smaller digital platforms:

“Machines are good at many things—making the final determination on your rights isn’t one of them,” EFF activism director Elliot Harmon wrote in a February blog post about why the group opposes upload filters that the copyright directive would ultimately require.