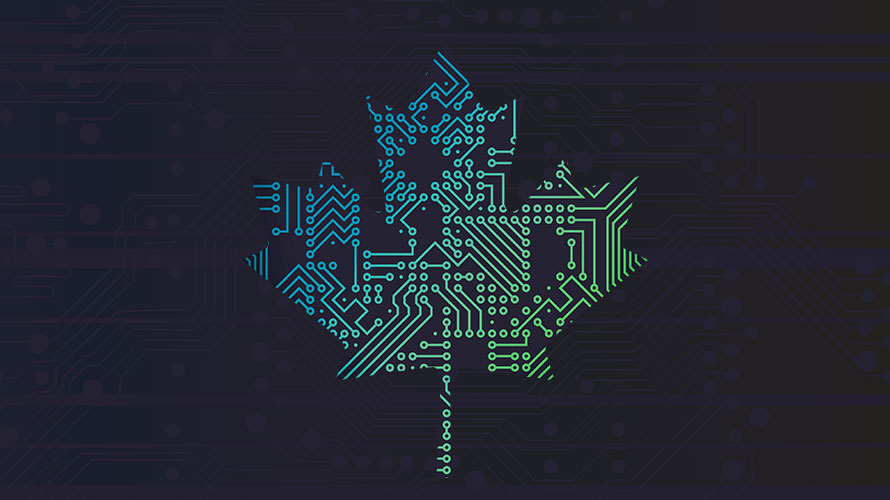 While speaking at Shopify’s annual conference in Toronto a few weeks ago, Canadian Prime Minister Justin Trudeau got in some trouble for a few choice words. His mistake? Calling for Canada to have “a little more swagger” when promoting its homegrown innovations on the global stage. The rival Conservative Party jumped on his comments, openly criticizing him. In response, Shopify’s CEO penned an op-ed in The Globe and Mail defending Trudeau’s remarks.

While this might sound like mild drama, the sentiment comes at a time when global giants are already noticing Canada’s rapid growth within certain high-tech sectors, and specifically those related to artificial intelligence. An influx of talent and capital, combined with public-private programs, has helped Toronto become an AI hub for innovation ranging from retail to healthcare.

Last year, Google invested $5 million in the Vector Institute, an AI lab based at the University of Toronto that’s already received more than $150 million in funds. In January, hometown hero BlackBerry began its pivot from making phones to creating technology for self-driving cars. And late last month, Samsung announced plans to open an R&D hub for AI focused on healthcare. 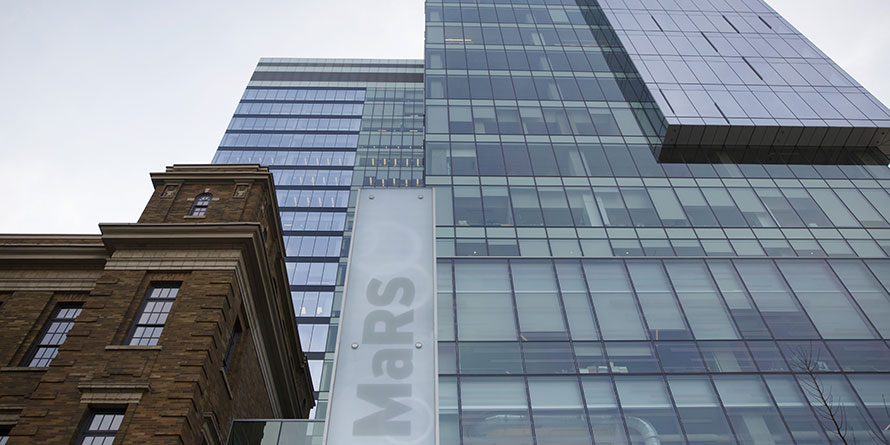 MaRS' 1.5 million-square-foot facility houses hundreds of startups across a variety of industries—along with a broader “MaRS ecosystem” that includes more than 100 AI and machine-learning ventures
Getty Images

In total, PwC Canada found 2017 to be a record year for AI investments, with startups raising $191 million. And in the first quarter of 2018, PwC Canada found that investments in Canadian AI companies increased 88 percent year over year, with eight deals totaling $83 million.

“Canada and Toronto have amazing opportunities right now,” said Janet Bannister, a partner with VC firm Real Ventures who moved from Silicon Valley back to her home country. “This is our time to shine on the global stage, and I just want to make sure that we as a country, we as a city take advantage of that—and we’ll look back in 20 years and see this section as a turning point.”

At the epicenter of much of the recent growth is the MaRS Discovery District. The 1.5 million-square-foot facility houses hundreds of startups across a variety of industries—along with a broader “MaRS ecosystem” that includes more than 100 AI and machine-learning ventures ranging from health and clean tech to financial tech and enterprise. That includes Uber’s first non-U.S. facility for researching autonomous cars; Borealis AI, an academic AI research institute for the Royal Bank of Canada; the AI startup incubator, Element AI; and the Vector Institute itself. 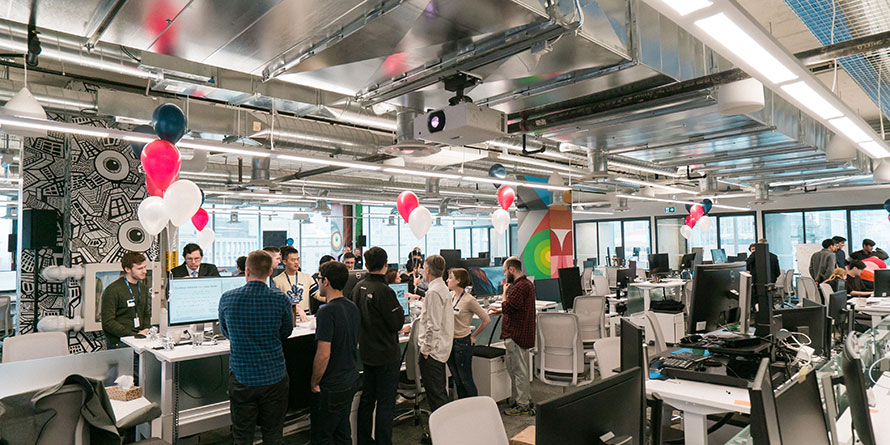 Last year, Google invested $5 million in the Vector Institute, an AI lab based at the University of Toronto that’s already received more than $150 million in funds.

Salim Teja, president of venture services at MaRS, said many companies are setting up shop in Toronto thanks to a newly enacted immigration law that helps highly skilled workers obtain visas in as few as two weeks. In fact, a MaRS survey of more than 100 high-growth tech companies in Toronto found that 53 percent of respondents saw more international applicants in 2017 over 2016. The majority of new international hires were from the U.S., followed by India, China and Brazil. Meanwhile, in late May, the Trump administration announced plans to rescind the International Entrepreneur Rule, which allowed immigrants to remain in the U.S. for up to five years as they grew their businesses in America instead of their home country.

“They’re nervous about the visa situation in the U.S.,” Teja said. “And they look at Canada as being a friendly country to bring in talent from around the world.”

But the recent AI brain gain didn’t happen overnight. Venture capitalists, startup founders and AI professors in Toronto and neighboring Waterloo all say it’s a convergence of the city’s academic, government and corporate sectors that have fostered a breeding ground for the future of AI. David Fleet, a computer science professor at the University of Toronto and faculty member at the Vector Institute, said Canada’s plans began in the 1980s with the Canadian Institute for Advanced Research. At the time, it was focused on areas of research ranging from social issues to quantum materials.

“The proximity to world-class technology is really the proximity to innovative minds and know-how people who can think outside the box and get things built that would otherwise be very difficult to do,” Fleet said.

One of the companies based at MaRS is Rubikloud, a startup that uses AI to help retailers better monetize their data. Kerry Liu, Rubikloud’s CEO and co-founder, said it’s helped that Toronto is the hub of so many Canadian industries including insurance, banking and enterprise. And, much like machine learning, all those industries rely on troves of quality data. Liu and others also credit the Universities of Toronto and Waterloo—which both have a history of strong computer science programs and have been focusing on machine learning since before it was popular.

However, Liu said it’s what Toronto does next with AI that will matter. And it can’t just be empty swagger.

“We’ve got to stop just screaming, ‘We’re a great AI city,’” he said. “Because at some point that message is going to be obtuse and people will stop paying attention.”

According to Liu, becoming a generic AI city can be avoided by evangelizing use cases, which he said aren’t touted often enough. How will AI impact enterprise? How will it impact healthcare? How will it impact retail and marketing? That’s important, he said, because in a decade it won’t be enough to just claim AI capabilities—much like being a “mobile-first” brand is already outdated.

Silicon Valley of the North

Here are four AI-based companies in Toronto and Waterloo: 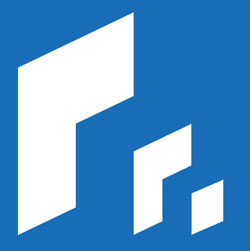 Rubikloud, which uses its machine-learning platform to help retailers with sales and customer service operations, raised $37 million in January from investors including Intel Capital. The company, founded in 2013, now has 100 people with plans to double its head count year over year while entering others sectors such as travel and hospitality. Kerry Liu, the company’s CEO and co-founder, said Toronto struggles to keep up with rapid demand for talent—despite having several top university-level computer science programs. However, he said it actually may be a good thing.

“It’s a bad analogy, but if the hyper-growth startup world or venture-backed startup world is like a professional sports league, then we all have to compete,” he said. “It doesn’t matter if you’re an original team or like the Lakers, you’re still competing in the same league.” 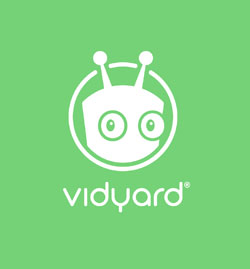 Using AI to personalize videos for consumers on behalf of brands, Vidyard’s clients include LinkedIn, Microsoft, Salesforce and World Vision. Michael Litt, CEO of Vidyard, said the Canadian government’s focus on AI through initiatives such as the Scientific Research and Experimental Development—a federal tax incentive program—has helped incentivize R&D related to AI and machine learning. Recent changes to immigration laws to approve highly skilled worker visas as quickly as two weeks has also helped a number of companies in Canada.

A decade after its founding, Primal has now raised $25 million and has 148 patents related to innovations such as finding meaning within text. Focusing on “small data,” Primal can read social media and other text and then infer what consumers might be interested in before matching them with marketers. Jeff McDowell, COO of Primal, likes to refer to AI as “augmented intelligence” to help remove the fear factor that machines might someday take human jobs.

“The cliché comes from a real place,” McDowell said while crediting the research and commercial connections between Toronto and nearby Waterloo. “And when it comes down to it, we’re a pretty tight-knit community here. And while there’s a lot of competition, there’s also an understanding of collaboration for the greater good.” 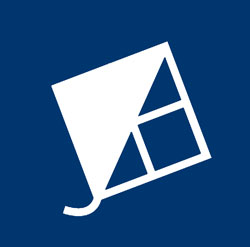 Leveraging natural language understanding, Waterloo-based Kiite’s software is used by ecommerce companies like Shopify to help both sales professionals and their managers crowdsource info and answers within teams. (The company’s name comes from the Japanese word for “listen.”)

“Humans are very participatory in that process,” Litt said. “And if you have a homogeneous group of humans, they won’t necessary reflect the diversity because they don’t see it.” 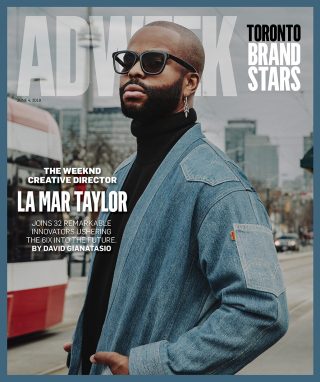 Click for more from this issue
This story first appeared in the June 4, 2018, issue of Adweek magazine. Click here to subscribe.
@martyswant martin.swant@adweek.com Marty Swant is a former technology staff writer for Adweek.