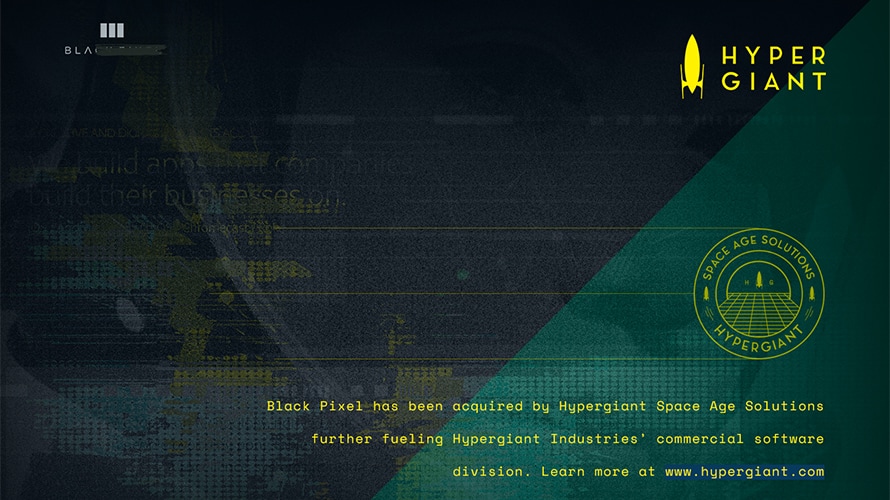 Machine intelligence technology company Hypergiant Space Age Solutions is the commercial services division of Hypergiant Industries and is based in Austin, Texas, with offices in Dallas and Houston. Its clients include TGI Fridays, Schlumberger, Wing Stop, Bosch, Apollo Aviation Group and GE Power.

The 50-person team at Black Pixel will also join Pasco and co-founder George Dick at Hypergiant Space Age Solutions, with some of them relocating to Texas, but Black Pixel will maintain a presence in Seattle as well as its remote staff.

Hypergiant Industries founder and CEO Ben Lamm said his company was attracted to Black Pixel due to the talent of its team, as well as its “ability to both strategically and creatively build solutions.”

Lamm said, “We see many opportunities for machine intelligence to improve the high user-experience, first-class experiences Black Pixel already built for [its clients]. With Starbucks, for example, we could build something similar to the Flannagan experience we built for TGI Friday’s to intelligently recommend new flavor combinations for new coffee recipes, customized to individual users based on their order history.”

He continued, “Imagine that same sort of data-rich customization applied to all the information architecture surrounding the ESPN app, which is basically currently the everything sports application—tons of analysis profiling the emotional peculiarities of various groups of fans, intelligent science-based recommendations on who you should pick for your fantasy football league, factoring in who you personally like. The possibilities are endless. The key is identifying what opportunity for machine intelligence is going to result in the most return on investment to the bottom line of these clients.”

Pasco said in an email that the merger will help his group continue its focus on “highly scalable engineering on mission-critical experience layer apps.”