At first glance, this is a very clever magazine cover. The country contours of China, recast as a mother chicken, leading their Pakistan “chick” forward. As a representation of the former’s growing investment in the latter. 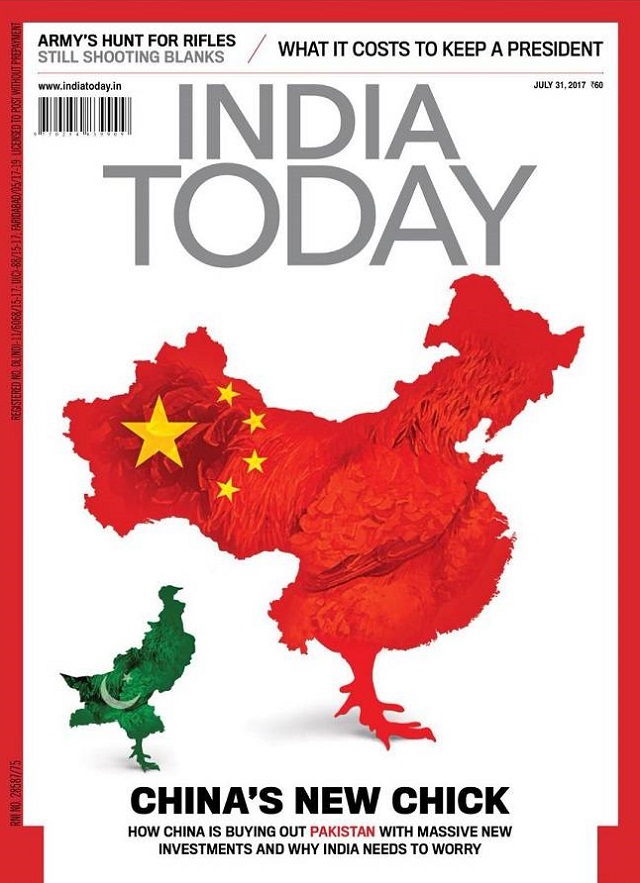 There’s just one problem. When the India Today crew drew up the cover, they left Tibet and Taiwan off the China-chicken portion, sparking a lot of social media chatter and media coverage in China. For example, an article by Sina news was headlined “Where’s Our Tibet and Taiwan?” From a report in the South China Morning Post:

Controversy over the magazine cover comes amid an escalating row between China and India over the disputed Doklam border area in the Himalayas.

Meanwhile, in Taiwan, folks are a little more pleased with the India Today July 31 cover. Per a Taiwan News item, the idea of a Taiwan-less China has residents stating online things like, ‘This is the correct version of the map.’ In Pakistan, many readers are also reacting playfully. One noted the geographical shape of another country and commented: ‘Tell them that Sri Lanka is China’s egg.’

The next edition of India Today’s magazine, dated Aug. 7, asks–in reference to the aforementioned border-standoff between India and China–in big red letters against black on the cover: “Will There Be a War?”