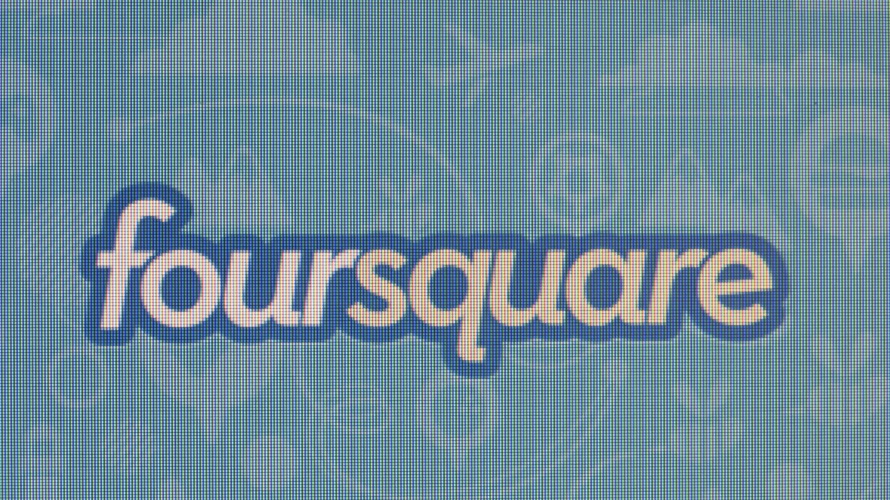 Sometimes the social application everyone thought you were needs to become something different for your business to evolve. Foursquare is a case in point. The company that used to be all about the social check-in has become a data powerhouse and a potential model for the future of Snapchat.

When Dennis Crowley and Naveen Selvadurai launched Foursquare in 2009, there seemed to be plenty of room for more social media apps to capture our attention and interest. Facebook was only five years old, and Snapchat didn’t exist.

Foursquare offered a fresh and exciting idea: an app that connected the digital and physical worlds through our everyday visits to places where we like to hang out, such as bars, restaurants and stores.

Foursquare was banking on the expectation that people would find some inherent emotional value in letting their friends know that they were chilling out and perhaps finding others who shared the same interests and tastes. How else could you explain why anyone would want to accumulate enough check-ins to their favorite Dairy Queen to be named the mayor?

And Foursquare was right. Millions of people signed up for the app for the right to win badges and social status. Foursquare had successfully branded itself as the social check-in app. But there was only one problem: Foursquare was not succeeding as a business.

The company thought it would become profitable by advertising to local businesses, but the model was not working. And Foursquare was missing a big opportunity to monetize the value of all of the user data it had accumulated through check-ins. Third-party developers were using Foursquare’s location technology to perform functions such as location tagging for free. Foursquare was sitting on a gold mine and didn’t know it.

Soon the company became the poster child for struggling social apps that created communities but not business value. Fortunately for Foursquare, the company, with the help of Ex-Apple executive Steven Rosenblatt, discovered a new calling: a location marketing business.

Foursquare realized that it could use the data collected from user check-ins in a number of powerful way, most famously for predicting behavior. For instance, Foursquare could tap into user check-in trends to give businesses insight into peak customer visiting times, as well as declines. Foursquare could predict everything from iPhone sales to spikes or drops in restaurant sales.

Eventually Foursquare would famously predict a 29-percent drop in first-quarter sales for Chipotle based on the data Foursquare had been collecting about user check-ins at Chipotle.

Recently, CEO Jeff Glueck shared how the enormous data assets at Foursquare are an indicator that international tourism to the U.S. is slowing down. How do they know this? Foursquare was able to analyze the behavior of more than 50 million monthly users leaving location trails via their mobile devices as they travel around the world.

Glueck has further postulated that this downturn in foreign travel will have a greater socioeconomic impact on the state of commerce in America. Layer that trend onto the already distressing news coming of the retail sector, and you’ll understand how location data can play a significant role for businesses to transform with their audience or be left out in the cold.

Ultimately Foursquare was able to achieve a turnaround by learning how to monetize its user data. By rolling out new products such as Place Insights, Foursquare provides advertisers data on foot-traffic trends—data that can help a business figure out where to open a new location or adjust the level of its location-based advertising.

Consequently, Foursquare is reportedly finally on a path to profitability. But even though Foursquare has successfully pivoted into becoming a major data aggregator, it now must consider changing again, especially as Instagram ramps up its location-based products How will that impact Foursquare and what direction will it take next?

Snapchat finds itself in a similar position. The darling of social media is under pressure to deliver business results for shareholders, and since parent Snap Inc. went public, its stock price has dropped.

Snapchat gained popularity by setting the standard for social media innovation through features such as Stories and creative lenses.

But each time Snapchat innovates, someone else bigger—namely, Facebook—simply copies it.

Snapchat needs to pivot into data, and the app is responding with new data products for advertisers.

Partnering with Foursquare was a move in the right direction. The partnership gave Snapchat greater geo-fencing capabilities and expanded its filters’ functionality. It also positioned Snapchat clearly in the location marketing space, which it has been building on since late 2016.

Now with its acquisition of Placed, Snapchat is fortifying that foundation with improved ad campaign competency to drive foot traffic, which is compelling because leveraging online to drive offline sales in the age of ecommerce is increasingly important for brands. Being able to attribute online activity to offline traffic could be a powerful tool to increase engagement for local businesses.

To chase that news, Snapchat rolled out Snap Map (after acquiring mapping startup Zenly), which gives users to ability to see Snaps in their proximity or even globally.

This development underscores the company’s move into location marketing. Tying this feature to events and activities gives advertisers one more way to get in front of inquisitive eyeballs. Within one week of the launch, concerns erupted around privacy issues, whereas industry pundits view Snap Map as yet another copycat feature already tackled by Foursquare and Facebook.

Whether Snapchat will successfully reinvent itself through data and these added capabilities remains to be seen, but they are firmly playing in the location space and creating disruption.

Foursquare still has work to do in order to build out its suite of products and stay relevant, but it can continue to leverage their wealth of real-time data to serve marketers. Meanwhile, advertisers that work with both should capitalize on the increasingly useful tools that these data platforms are creating. Now is the time to use social media more effectively for customer insight and improve engagement.