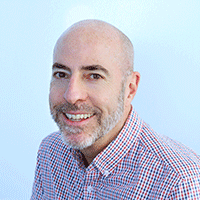 Say the name Jerry Springer and the first thing that comes to mind might be a daytime talk show where people throw chairs at one other to make a point. So it may not be much of a surprise when you find out Jerry got his start in politics.

The former lawyer, former campaign adviser for Robert F. Kennedy, former mayor of Cincinnati and former anchor for the city’s local NBC affiliate tells mediabistroTV his career wasn’t launched by one big break as much as it was the result of being ready for anything.