Pokemon Go Fest took place in Chicago’s Grant Park July 22, and while technical issues prevented many attendees from getting the most out of the event, the expected rollout of Legendary Pokemon did take place.

Specifically, players around the world can now capture Lugia and Articuno by participating in Legendary Raids that may appear at Gyms near them. Niantic also revealed the next two Legendary Pokemon coming to the game “soon”: Zapdos and Moltres. 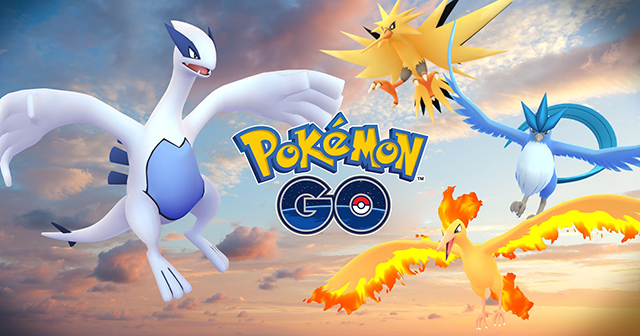 Meanwhile, in order to make up for the issues at Pokemon Go Fest, all registered attendees will receive a free Lugia, as well a refund of their ticket price and $100 in in-game PokeCoins.

Finally, players everywhere still have time to take advantage of the special gameplay bonuses unlocked during Pokemon Go Fest. The following rewards and bonuses will be available until July 24 at 5 p.m. PT:

Pokemon Go is available to download for free on the iTunes App Store and Google Play. The game has been downloaded more than 750 million times, and it has driven more than 500 million visits to sponsored locations, such as Sprint stores and Starbucks restaurants, since its launch in July 2016.

Recently, Niantic partnered with Wieden+Kennedy London to launch an advertising campaign related to Pokemon Go, which saw billboards containing gameplay stats appear in Tokyo, New York and London. Some of these billboards were activated as PokeStops within the game.