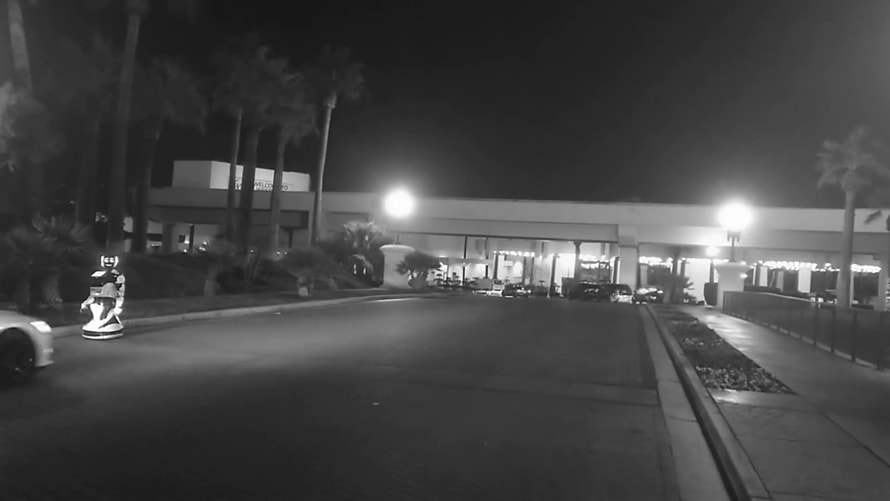 Promobot claims Tesla killed one of its CES robots. Promobot

Roboticide or publicity stunt? You decide.

On the eve of CES 2019—an event at which a laundry-folding robot has already made headlines and news of more human-like machines are surely to come—Russian robotics company Promobot says one of its autonomous robots was the victim of a hit-and-run.

In a video posted to YouTube on Jan. 7, Promobot says a self-driving Tesla Model S “hit and destroyed” one of its V.4 robots at 3000 Paradise Road. That’s just outside the Westgate Las Vegas Resort & Casino—and about half a mile from the Las Vegas Convention Center, where CES takes place.

The black-and-white video shows a happy Promobot on the side of the road outside the resort when a white car suddenly turns the corner, knocks it down and drives off.

The incident caught the attention of the Daily Mail, which reports the accident took place while Promobots were en route to the convention center and the victim “stepped out of line and into the parking lot roadway.”

As a result, it was struck by a Tesla in autonomous mode and incurred “serious damage”—including to its body, head, arms and movement platform—and, at best, it will miss its CES debut—at worst, it is in the big robot graveyard in the sky.

Promobot says its v.4 robots can recognize and remember people, respond to voice commands, converse, “remember everything that [they are] told and provide … detailed analytical [reports],” and, funny enough, print photos.

One is available from an independent seller on Amazon for $50,000.

Tesla did not respond to a request for comment by deadline.