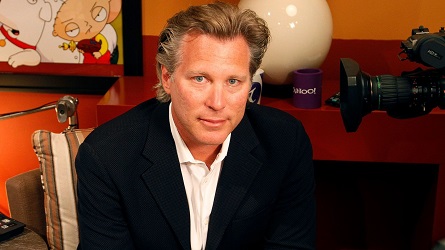 There are three people who have fundamentally changed the way entertainment news is covered on the West Coast: TMZ’s Harvey Levin, Deadline founder Nikki Finke and The Hollywood Reporter’s Janice Min. Levin is still at it; Finke, recently focused on the non-fiction side of things, is rumored to be making a return of some sort to Deadline in the fall; and Min earlier this year passed the THR baton to Matthew Belloni as she moved over to a broader role with parent company Eldridge Industries.

Of the three forms of entertainment coverage blazed by this trio, Min’s blueprint is the one that makes the most sense for new L.A. Times publisher and CEO Ross Levinsohn to echo. A tad ironic, given the way Levinsohn was supplanted by Min at Guggenheim Partners at the beginning of 2014.

In a brief essay today on LAObserved.com, longtime former L.A. Times editor and current subscriber Ellen Alperstein starts off with a clever eclipse-themed tie-in and lists, among her personal gripes, the following:

Question the wisdom of devoting the whole Calendar [Entertainment] section to a single event (Hamilton) that, as marvelous a production as it might be, is still a 2-year-old show that opened in New York and since has been covered six ways from Sunday. Is this good judgment in the entertainment capital of the world?

On the feature side, a story like THR’s recent expose of Angelyne is the kind of reporting Calendar needs to find its way back to. Deep investigative work like that which has distinguished the august newspaper’s local coverage. In terms of breaking entertainment news and standard torches such as weekend box office, it’s going to be a little trickier, as there are large number of new digital competitors.

Over at Variety, the model Min perfected has been happily adopted and is watched over by a pair of editors in chief that includes longtime former L.A. Times film reporter Claudia Eller. Levinsohn is a big acquisitions-minded guy, so perhaps his catch-up solution will involve somehow cleverly tying in a new property to the paper’s entertainment coverage pursuits. Stay tuned.