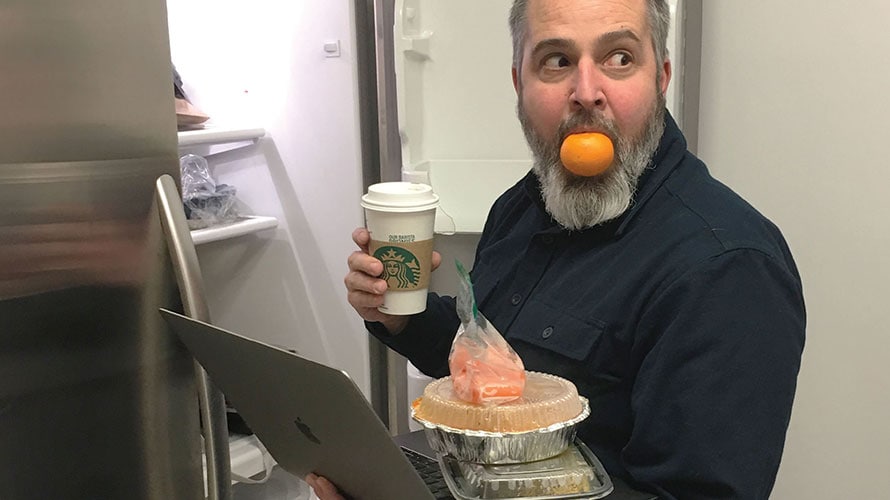 Instead of going for the jugular, Adam Calvert aims for the funny bone. Mullen Lowe

Be smart about how you want to be dumb. That’s the mantra Adam Calvert kept in mind while pitching last year’s E*Trade Super Bowl commercial, “This Is Getting Old,” which features a gang of retirement-ready folks still hustling as firefighters, DJs and Baywatch-inspired lifeguards.

While many try to pull the heartstrings, Calvert, creative director Jeff Vermeersch and the team at MullenLowe’s Boston bureau went for the funny bone. And in the case of the E*Trade campaign, it paid off: The brand’s tone stuck after the Super Bowl debut, Calvert said.

“It just kind of came out and became our voice, which was kind of cool to see your dumbness go out into the world,” he explained. “You’ve got to start someplace smart and then do everything you can to make it dumb. That seems to have worked for us, and we’ve kind of started to get a reputation for that here at the agency.”

Before working at MullenLowe in Boston, Calvert freelanced around Los Angeles at Team One, Zambezi and 72andSunny. Some of his work includes spots for Google Play, FedEx, Acura and even Stove Top (an ad he worked on insists that stuffing should be eaten year-round).

Most of his spots with those clients depend on outside-of-the-box humor to hit a home run. “Try everything,” Calvert said. “I think that’s something people get afraid to do, because they think they have bad taste or they don’t know what they’re doing, but sometimes trying the weird things can lead to something really awesome.”

But the job experience that taught him the most and keeps him working toward his goals is the one he held before becoming a creative: working in a butcher shop. “Similar to being a writer, the more you do it, the more you figure it out, the more you ask questions, the more you fail, the better you get,” Calvert explained. “And it shows you there are easier jobs out there than being a butcher.”

Now, with more than a decade’s worth of experience in advertising, Calvert firmly believes silliness and lightheartedness go a long way. “I appreciate the absurd,” he added. “And if you can do that in a smart way, even better.”

“Not going with [my] gut,” Calvert said. “For all of the [strides] we’ve made with data and testing, I think there’s still something to be said for instinct. … I think common sense, and sometimes intuition, [are] just as important as testing and research.”

“Part of our job is exploring all those things, because you never know what could happen, so we kind of have to go down those roads,” Calvert said. He also gave a sage piece of advice: “If you really think a radio spot should have a clown horn, put it in there.”

Calvert said he worked on and off with MullenLowe starting in 2012 until he finally came on board full time in 2016. He worked with creative director Jeff Vermeersch to pitch the E*Trade spot out of MullenLowe’s New York office. A lot of the work presented in the pitch made it to the campaign, which Calvert says is rare.

“‘Work hard and be nice to people’ is a lame answer, but it’s so true,” he said. “It’s so funny now, because there’s a whole crew of kids who don’t want to hear it, but there’s no substitute for hard work. You might not be the funniest or the smartest, but if you work the hardest, it’ll pay off.” 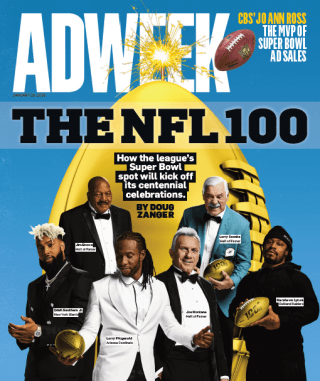