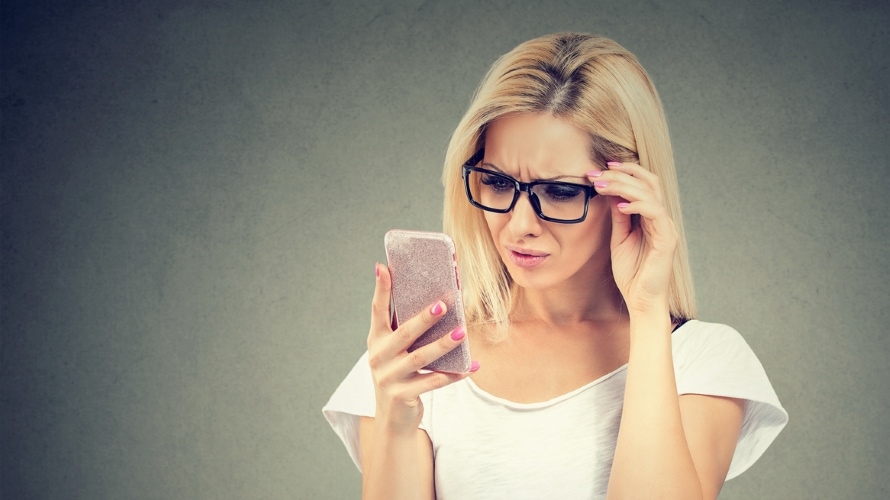 Facebook provides some robust tools for its users to learn about why they are seeing the ads that are served to them via its platform. The trouble, according to a new survey from Pew Research Center, is that the majority of its users are clueless about the existence of those tools.

Facebook spokesperson Joe Osborne said, “We want people to understand how our ad settings and controls work. That means better ads for people. While we and the rest of the online ad industry need to do more to educate people on how interest-based advertising works and how we protect people’s information, we welcome conversations about transparency and control.”

The social network introduced its ad preferences tool in June 2014 as a way to explain why people were seeing specific ads and to give them control over which of their interests determined the ads that they would be served.

Facebook took the next step in August 2016 when it added the ability for people to further customize those interests.

When the social network updated its terms of service in April, its data policy was also updated to give people more information about why they are seeing the ads that are served to them.

Its About Facebook Ads page was also introduced in 2018, as was the Info and Ads section on pages.

Yet, in a Pew survey of 963 people 18 and older with Facebook accounts, 74 percent of respondents had no idea about their interest lists on their ad preferences pages until the survey directed them to the tool.

And once they reached the ad preferences page, the majority of those respondents (51 percent) were uncomfortable with the fact that their interest lists were created by Facebook in the first place.

On the bright side for Facebook, once respondents to the Pew survey analyzed those interest lists, they felt that the social network got them right, for the most part. 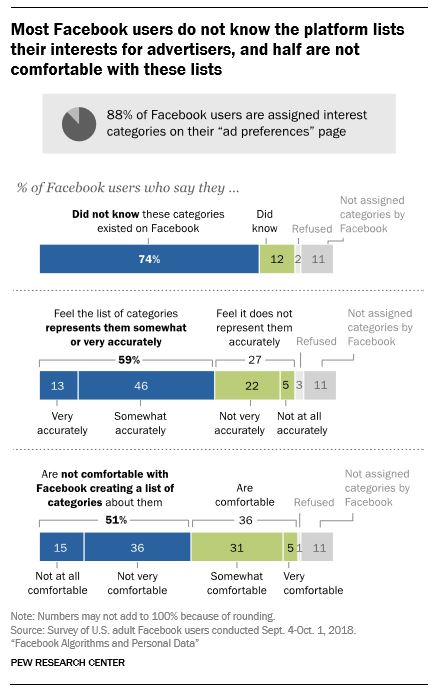 The figures above do not add up to 100 percent because 11 percent of respondents were not active enough on Facebook to prompt generation of interest lists, and they saw the following message on their ad preferences pages: “You have no behaviors.”

For those who do have behaviors, the more active they are on Facebook, the longer their lists tend to be.

Pew found that 40 percent of respondents who use Facebook multiple times per day had 21 or more categories on their lists, compared with 16 percent of those who use it less than once per day.

Also, respondents who have been using Facebook 10 years or longer were over twice as likely to tally 21 or more categories as those who have been on the platform for five years or fewer (48 percent versus 22 percent).

More than one-half (51 percent) of respondents were assigned political labels and, in that group, 73 percent said those labels were very or somewhat accurate, while 27 percent said they were not very or not at all accurate.

Around one-fifth (21 percent) were assigned multicultural affinities, with 43 percent each in that group listed as having an interest in African-American culture or Hispanic culture, while roughly one out of 10 were listed for Asian-American culture.

Respondents admitted it would be very or somewhat easy for social platforms such as Facebook to determine their race or ethnicity (84 percent), hobbies and interests (79 percent), political affiliation (71 percent) or religious beliefs (65 percent).

Pew director of internet and technology research Lee Rainie said in release introducing the study, “These findings relate to some of the biggest issues about technology’s role in society. They are central to the major discussions about consumer privacy, the role of micro-targeting of advertisements in commerce and political activity and the role of algorithms in shaping news and information systems. This research tries to bring some data to those debates.”