First, during Chicago’s Pokemon Go Fest July 22, both attendees and worldwide players will be able to participate in three Challenge Windows to unlock global rewards. Event attendees will be able to unlock special bonuses for players around the world by catching certain types of Pokemon in the event’s location, Grant Park. Each Pokemon type will be associated with a different bonus. For instance, if attendees capture enough Electric-type Pokemon, the walking distance to hatch Pokemon Eggs will be temporarily decreased.

While players in Grant Park will unlock the bonuses, all other players will be encouraged to capture as many Pokemon as possible to extend the duration of these bonuses. If worldwide players capture enough Pokemon, an additional mystery challenge will be launched for attendees in Grant Park. If this mystery challenge is completed by attendees, every player around the world will receive “an extra-special bonus.” 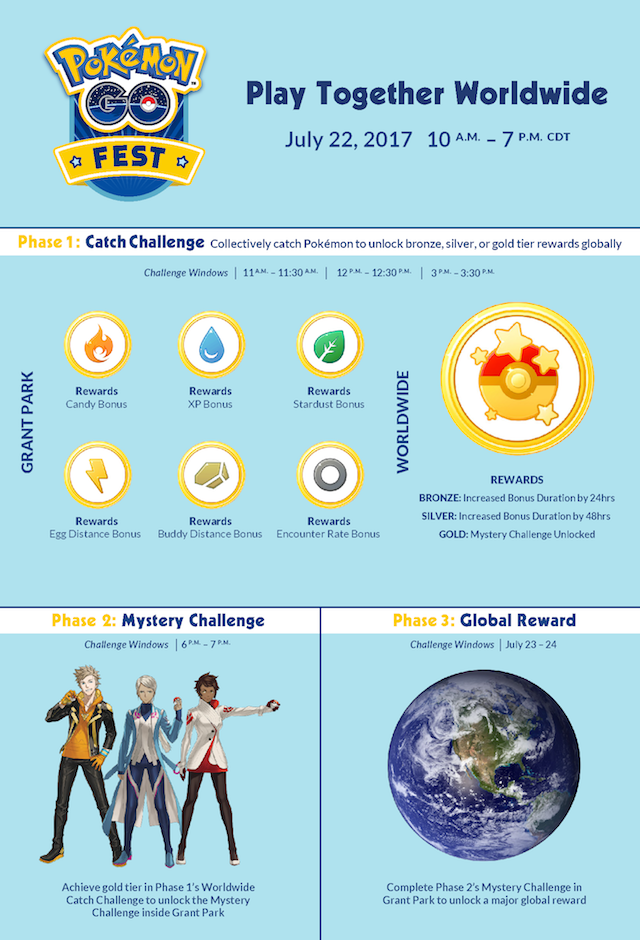 Next, Niantic announced that a series of Safari Zone events will take place at specific Unibail-Rodamco shopping centers across Europe during August and September. Each event will give attendees the chance to catch Pokemon originally found in the Kanto and Johto regions, including some Pokemon that have never before been available in Europe. Attendees will also be able to challenge Raid Bosses during these events. 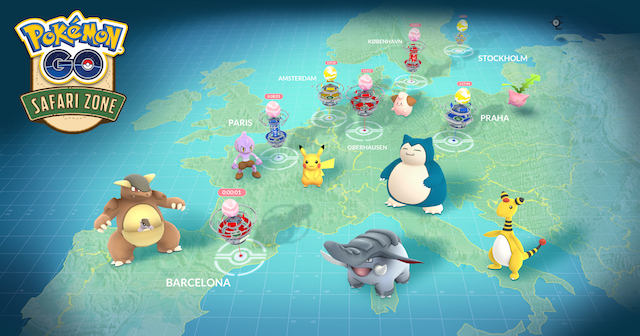 Here’s a breakdown of the Safari Zone events’ dates and locations:

Finally, The Pokemon Company will hold its annual Pikachu Outbreak event in Yokohama, Japan, Aug. 9 through 15. A “special Pokemon Go experience” will take place during this event, with additional details coming soon.

Outside of these events, Niantic recently partnered with Wieden+Kennedy London to launch an advertising campaign showing off the game’s stats in several worldwide locations. As part of this campaign, billboards containing gameplay stats appeared in Tokyo, London and New York, and some of these billboards were activated as in-game PokeStops.

Pokemon Go is available to download for free on the iTunes App Store and Google Play. The game has driven more than 500 million visits to sponsored locations, such as Starbucks restaurants, since its launch in July 2016.