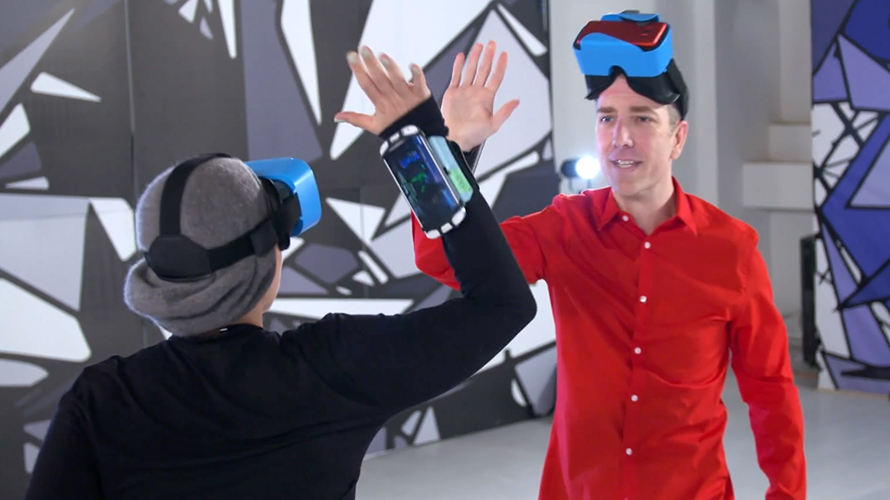 Nokia is hoping its new web series about emerging technology will help raise questions about the future while also helping the company gain a heightened position as a thought leader on everything from 5G to virtual reality.

Each episode will feature a leading thinker in a specific sector. Author Cory Doctorow, for example, will discuss the future of privacy, and Rory Sutherland; British advertising executive and behavioral scientist, will discuss the impact of AI on consumer buying behaviors; and MIT social physicist Sandy Pentland will discuss how digital connections affect social mobility.

In the first episode, Hainsworth speaks with Galit Ariel, a creative director at Toronto-based augmented-reality studio WondARlands, about how AR will change how humans interact with the physical world and what ethics should be set in place to protect ourselves.

Ariel told Adweek before the series debuted that it’s important for the tech industry to have a “little checkup” on how they approach technology. She said companies need to remember that technology is not detached from the rest of the world and that the future of emerging fields needs to be discussed in order to avoid unseen dangers.

Ariel said connecting the digital and physical “should not be taken lightly.” She said standards, such as preventing companies from digitally augmenting physical spaces without users’ consent, should be considered when adding AR content to the physical world.

“The idea of having technology misused should not come as a shock to developers,” she said. “It’s obvious it will happen, but when you don’t consider it in your design process, these small problems become big societal problems, and we tear away societies, we tear away experiences.”

As it works to build out 5G wireless infrastructure and other technologies around the world, the 153-year-old Finish company is trying to shed its former reputation as a mobile phone provider and become more “audience-centric,” said Nokia chief marketing officer Barry French. Those audiences include traditional buyers such as other telecom companies, business buyers such as brand chief information officers and software companies, and enterprise businesses that need heavy-duty telco-grade equipment.

“It’s a great time to do this because if you think about what’s coming on in the world of tech and the big changes that are coming, we’re very much at the heart of it,” French said.

While the series doesn’t focus solely on 5G, it address many of the things the next generation of wireless is said to improve. And it’s no surprise Nokia seems to be hoping viewers read between the lines. Since selling off its phone division to Microsoft in 2014 for $7 billion, Nokia has become focused on 5G, partnering with telecom providers in Europe and the U.S. to build their infrastructure. However, when it reported its fourth-quarter earnings last month, Nokia said 5G will be slower during the first half of the year before speeding up in the third and fourth quarters.

The marketing push comes as Nokia has a chance to gain ground against its Chinese rival Huawei, which has faced obstacles from the U.S. government over trade agreements and accusations of stealing trade secrets. However, according to a Wall Street Journal report in December, Nokia and Swedish telecom Ericsson have been slow to release the necessary equipment to keep up with technology from China.

The six-part series isn’t the only way Nokia is planning to drive the conversation. In fact, it’s rolling out a whole branded content website devoted to asking questions about the future of tech. Verticals include the Human Factor, the Technology, the Economics and the Politics.

While the series is only subtly sponsored, the episodes appear to be more focused on asking questions than on promoting Nokia technology. The docuseries-style might feel similar to one released by Gant in 2017, when Craig Ferguson and his wife, Megan, met with well-known thinkers about life’s big questions while wearing Gant clothing.

“We did a broad scan for people we thought were maybe not the most high-profile but were interesting thinkers,” French said. “Are you willing to say new things and not kind of shy away from some of the challenging things and be a bit provocative and provide a different perspective?”