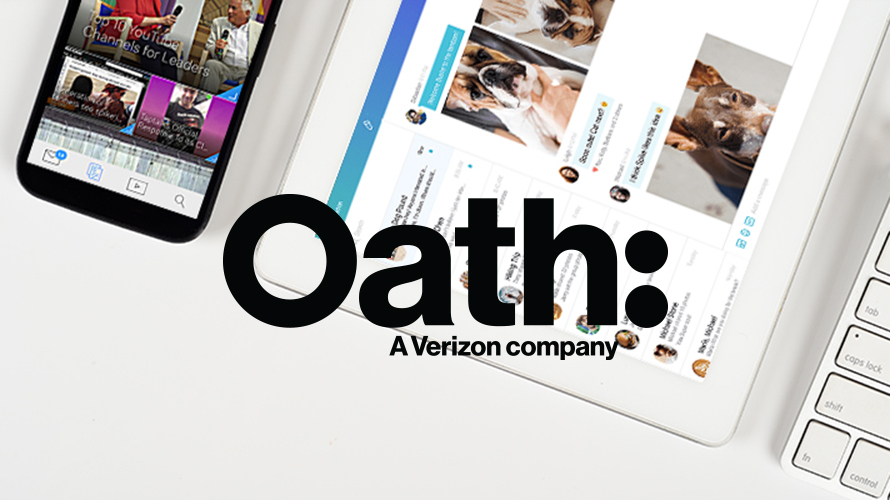 Verizon-owned Oath is betting even more on the smartphone screen with a new content partnership with Samsung.

Oath—the one-year-old umbrella brand for AOL and Yahoo’s content and data properties—announced it’s landed a partnership to feature content on Samsung phones. The deal, announced Tuesday night, will feature media and advertising content through Bixby Home on Samsung Galaxy S9 and S9+ devices. This could create something for Android similar to what Apple has with Apple News, which features news content from publishers like The New York Times and CNN. Along with news content, the partnership will also allow users to see mobile games and native ads powered by Yahoo’s Gemini product, which brings together data from a variety of Verizon properties.

According to Oath chief revenue officer John DeVine, the partnership will pre-install apps (including Go90, HuffPost and several others) on Samsung phones. Financial terms of the partnership were not disclosed.

“We bring a special experience to the users where swiping to Bixby will open up the world of Oath’s content with news, finance and entertainment,” he said an interview, pointing out that the properties will access “millions” of additional potential users. ” … We’ll also get to point our demand for our advertisers onto those phones through those apps and … Galaxy apps so brands can place their ads on a quality desktop.”

The news was announced at the same time as Oath debuted its slate of 10 new shows during its 2018 NewFront, held on a sunny patch of concrete at the City Vineyard on the Hudson River in Lower Manhattan. The event was a sharp contrast to last year’s NewFront, which was a scaled-back series of small cross-country dinners with advertisers in major markets, similar to AOL’s 2016 new front at Manhattan’s South Street Seaport.

The new shows are centered around three areas: sports, news and entertainment. Yahoo Sports’ “Soccer Mom,” starring soccer celebrity Abby Wambach, will feature a variety of high-profile athletes in an interview series focused on balancing career ambitions and parenting. Former football player and comedian Jared Quay stars in “The Rush” alongside a variety of other athletes and celebrities. In the news category, “Storm The Gates” will follow eight female political candidates as they run for Congressional seats.

In addition to the news and sports series, Oath-owned RYOT is partnering with the Lebron James Family Foundation on the “I Promise” Education Project, a documentary that will show the NBA star’s work with the I Promise school in Akron, Ohio, during its first year. The school focused on science, technology, engineering and math curriculum for students in the city.

Oath’s NewFront also comes a week after the announcement of a high-profile hire for its advertising sales team, bringing onboard Jeff Lucas, who previously headed up direct ads sales for Snapchat. (Prior to that, he spent a number of years at Viacom.)

While Verizon has spent the past two years building out its data-powered advertising suite to compete with Google and Facebook, the European Union’s implementation of sweeping data protection policies leaves room for uncertainty around how new data collection and usage rules could affect advertiser accuracy.

When asked how General Data Protection Regulations might affect Oath, DeVine said GDPR has been “a watershed” moment for the company, which is currently in the process of rewriting its privacy policies and terms of service across all properties.

DeVine said that the company will “give consumers choice” in how the subsidiary will “use their data to give them a better experience or protect their data if they so choose.”

“Oath stands for transparency, and we’re going to maintain that front with consumers,” he said. “I would say that we’re working aggressively with the IAB and other standards in terms of data and security.”