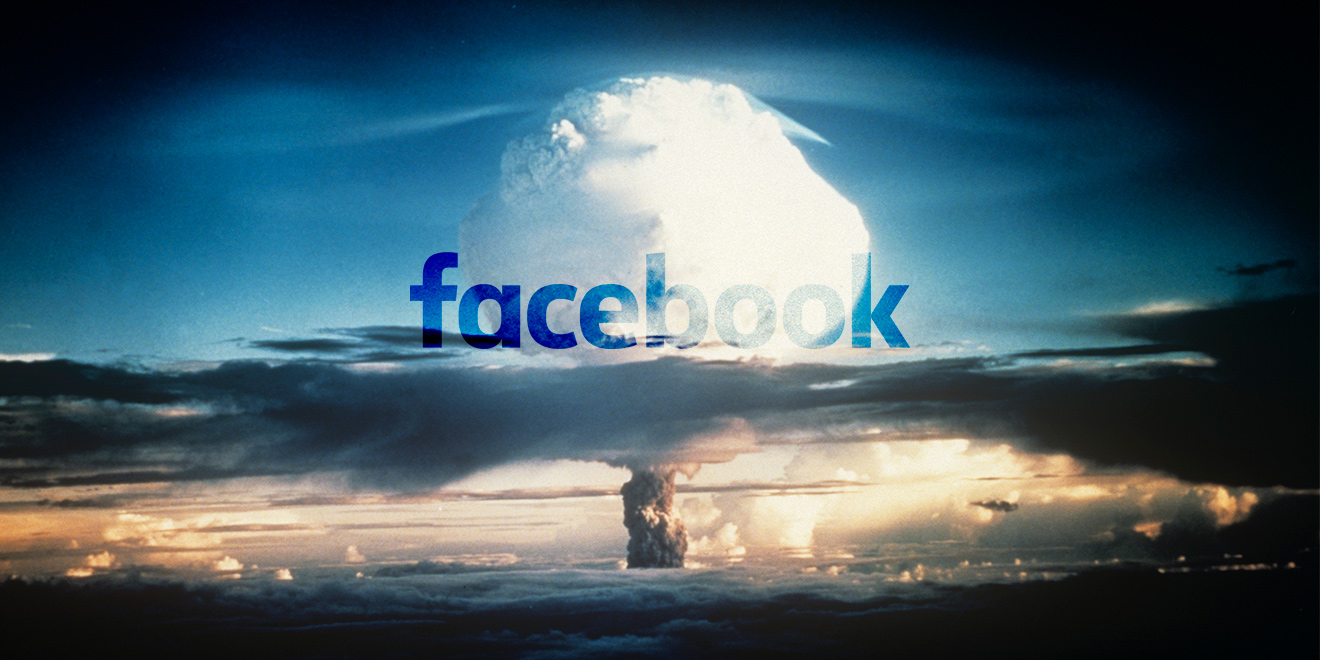 On Thursday night, Mark Zuckerberg dropped the digital equivalent of a nuclear bomb on the media industry.

In a post, Facebook’s CEO said that its 2 billion users will “see less public content like posts from businesses, brands and media. And the public content you see more will be held to the same standard.”

The implications for this are massive, especially for brands and publishers that have perhaps put too many eggs in the Facebook basket. For a long time, it wasn’t a bad strategy, as Facebook generated incredible amounts of traffic—but Zuckerberg’s announcement changes that.

According to Katherine Hays—CEO of startup Vivoom, which powers user-generated campaigns—Facebook’s newsfeed overhaul spells trouble not only for publishers and traffic, but also for brands, which stand to lose the audiences they worked (and paid) to build up themselves.

“The importance of user-generated content, which has already been proven to be the No. 1 driver of social influence on purchase decisions, is greater than ever if posts from friends and family are going to be prioritized above all else,” Hays said.

Interestingly, several publishers and agencies see this change as a good thing. If Facebook downplays low quality/low engagement publishers, as is widely expected, it could be a net positive for journalistic outlets, said Raju Narisetti, CEO of Gizmodo Media Group.

“Since we don’t rely on Facebook for a lot of distribution, the changes may not be all bad,” Narisetti continued. “But it should be the final kiss of death for those pivoting to video betting on getting video views via Facebook.”

Over the last couple of years, publishers have put more resources into building video teams. A lot of that work shows up on Facebook. Facebook guarantees views, which publishers can bake into overall CPMs. The pivot to video is more like a pivot to Facebook.

In an interview, WPP chief Sir Martin Sorrell said: “If [Facebook is] doing this two-tier newsfeed, I don’t know the detail, but it seems to be the right thing to do, because there are certain publishers who are responsible publishers and there are certain [others] that you need to monitor more carefully.”

Seeing how much traffic Facebook delivered, publishers were quick to create arbitrage strategies and tools to deliver impressions to clients. Publishers could set pricing strategies based on overall traffic gains, knowing they’d get a boost from organic Facebook referral but also from paying Facebook to deliver traffic.

On top of that, media companies relied—perhaps too heavily—on Facebook as a lever in sponsored content distribution. Here, arbitrage was key. Media companies would charge brands a certain amount to run branded or sponsored content on Facebook as part of the overall spend, then pay Facebook a fraction of that to distribute the content. (Disclosure: Prior to working at Adweek, I oversaw branded content studios at NBC News and The Washington Post.)

Vice president of News Feed Adam Mosseri sought to ease publishers’ worries, saying at the time, “The goal of this test is to understand if people prefer to have separate places for personal and public content. We will hear what people say about the experience to understand if it’s an idea worth pursuing any further.

“There is no current plan to roll this out beyond these test countries or to charge pages on Facebook to pay for all of their distribution in News Feed or Explore. Unfortunately, some have mistakenly made that interpretation, but that was not our intention.”

And here we are today.

The thing that publishers didn’t seem to understand, or care about, is that Facebook guarantees traffic, but not an audience. And now that Facebook is turning the dial down for brands and publishers, companies in the content business will quickly find out the difference between traffic and audience.

Don't miss Adweek NexTech, live this week, to explore privacy, data, attribution and the benchmarks that matter. Register for free and tune in.
@joshsternberg Josh Sternberg is the former media and tech editor at Adweek.