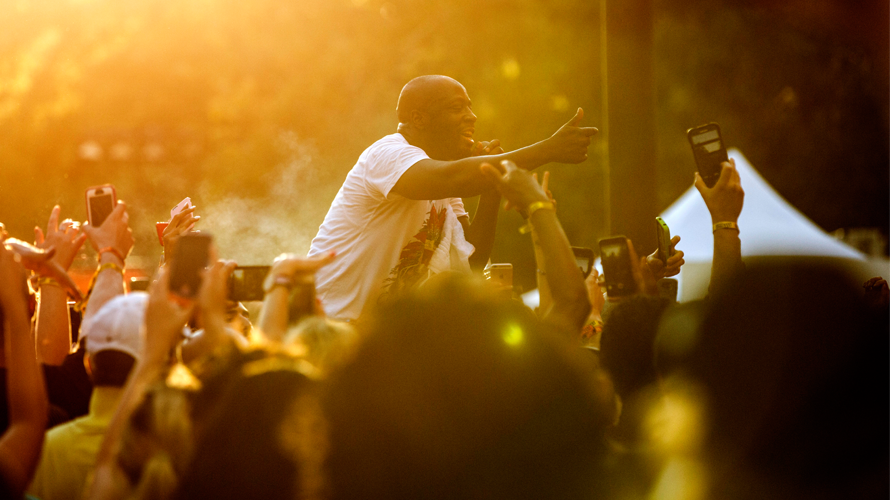 OZY CEO and co-founder Carlos Watson had mixed feelings about the rollout of this year’s OZY Fest, its second annual, and it was because the first one had worked out so well.

“It was kind of precarious,” says Watson of the lead-up to the festival’s debut last year, an experiment in blended programming. “Can we mix Will.i.am with Karl Rove?” They did and it worked, according to Watson, who tells Fishbowl that in that sold-out first year, “people had such a good time, hanging out, lingering, emailing us from the day it was done asking when the next year was coming.”

“On the one hand that was incredibly exciting,” he says, “and people were fired up about it, but we were also scared to death, because we were like, what’s our sophomore album going to look like?”

That sophomore program, it turns out, is another sold-out festival that will be co-hosted by Watson and Katie Couric. Like last year, it’s a genre-crosser, and, in addition to a lineup of music, politics and food, this year OZY Fest adds business leaders and a deeper focus on comedy to the mix. Samantha Bee will be there as a double bill, Michael Che will perform, and comedian Maysoon Zayid will be part of a panel on The Art of Inclusion.

“I think that most of us live our life with a mixtape,” Watson says of why OZY decided to design the festival in this way. “We wanted to thrill people and so we knew we could make something pretty good if we just did music or just did comedy, or just did politics, but if we were daring enough, if we were bold enough, if we were creative enough to try to put it all together beautifully, we thought, wow, this would be magic.”

And, says Watson, it reflects back on OZY’s editorial mission and its audience. “First and foremost, the fact that there is a rich mix is kind of what OZY is all about. Like OZY, OZY Fest is a rich mix of ideas, people and cultures and it’s vibrant, and it’s meant to thrill.”

The fact that OZY Fest happened, that it happened just a few years after OZY itself launched, was the result of audience feedback, in particular, “a really terrific woman who worked for the city of New York who was a big OZY fan.”

“She really challenged us and was like guys, you’re really not being ambitious enough,” says Watson. “And so, we took the challenge, we made a five-year commitment to [New York City] and here we are.”

A key aspect of providing OZY with the means to make it happen was partnerships with organizations like the Ford Foundation, which returns as a sponsor this year, as well as new partnerships with Visa and Paramount that were cultivated during last year’s festival and over the course of the year.

“I’m appreciative that we got really colorful and creative partners like Visa and the Ford Foundation and Paramount Pictures,” says Watson. “It definitely has allowed us to take some chances a lot of other people wouldn’t.”

OZY Fest will be at Rumsey Playfield in Central Park tomorrow from 12 p.m. to 10 p.m. You can check out the line-up here.