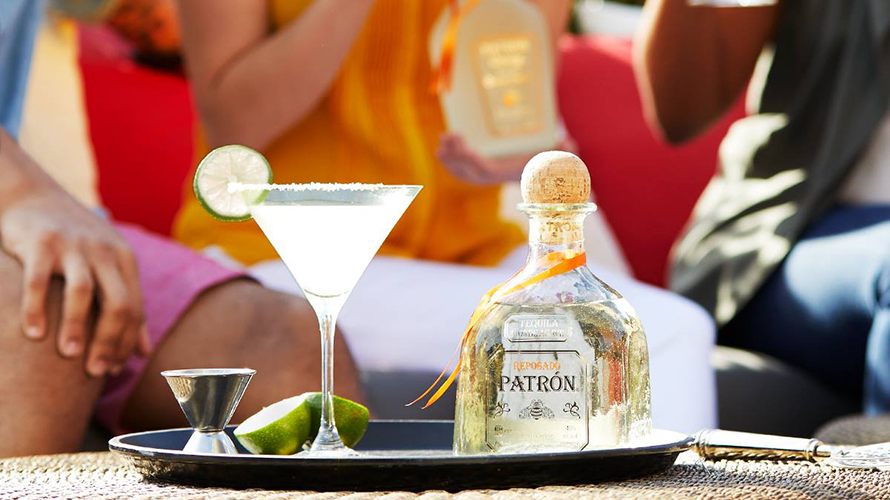 CANNES, France—For its first time participating at Cannes, Patrón is coming to France to talk about data.

While the brand is up for a few awards this week, Patrón is also working on some intriguing location targeting with Foursquare this summer. Using foot-traffic stats collected from 12 million Foursquare users over three years in 100 cities, the brand is matching up location data with what Patrón calls “taste” data to develop an algorithm that recommends drinks to bar and restaurant patrons.

The location-based campaign builds on Patrón’s year-old Patrón Cocktail Lab effort to create a library of recipes and content, including an Amazon Echo skill. According to Adrian Parker, vp of digital for Patrón Spirits Company, 235,000 users have played with the platform since it launched.

“We have to leverage data outside of what we have,” he said. “Foursquare allowed us to take not only data where you’ve checked in but that also informs your taste. For the summer, we’ll go to cities in the U.S., U.K. and France and serve up local recommendations from data that we salvage.”

Here’s how it works: Patrón drops consumers into two groups called “bros” and “knows.” Bros are social consumers looking for night drinks, while knows are consumers that are more interested in taste palettes and knowing the backstory about how the tequila is made.

“You can see a bro’s bar journey from the frat house to a food truck to a bar,” Parker said. “The biggest ‘a-ha’ was seeing how congruent our top-line marketing segmentation was with actual consumer journeys.”

Data about consumer’s taste preferences is also taken into account. For example, someone at a tiki bar may like citrusy drinks while a person at a speakeasy is more likely to enjoy boozier drinks. On top of that location data, tips or reviews that consumers add to places also help build a profile.

The data-matching isn’t totally handled by technology though since data scientists still sort through the insights. “We match our data science team at our agency with our own mixologists,” Parker said. “It just accelerates and informs behavior to serve them a cocktail.”

This year’s campaign was based off of a campaign for Patrón in 2015 that used Foursquare’s Pinpoint product to package first-party data into mobile ads. Those efforts netted 86,000 consumers who checked-in to a bar, restaurant or nightlife venue after seeing a promo.

Parker has been a long-time marketer with Foursquare, dating back to 2010 when he was handling mobile marketing for Radioshack, he said. And as the tech firm moves more into data analysis, he said he’s still working with Foursquare to power mobile ad campaigns, but he’s using more data to inform precise targeting.

“The byproduct of all those consumer check-ins and recommendations came in this treasure trove of data about where you are, what you do, where you go before and after you visit [somewhere] and the time of day—they pivoted their approach from a location check-in engine to a location intelligence engine,” Parker said. “Now, I think you’ve got the two-pronged approach of having a more informed data-intensive opinion of where they are so we can serve up the right ad.”