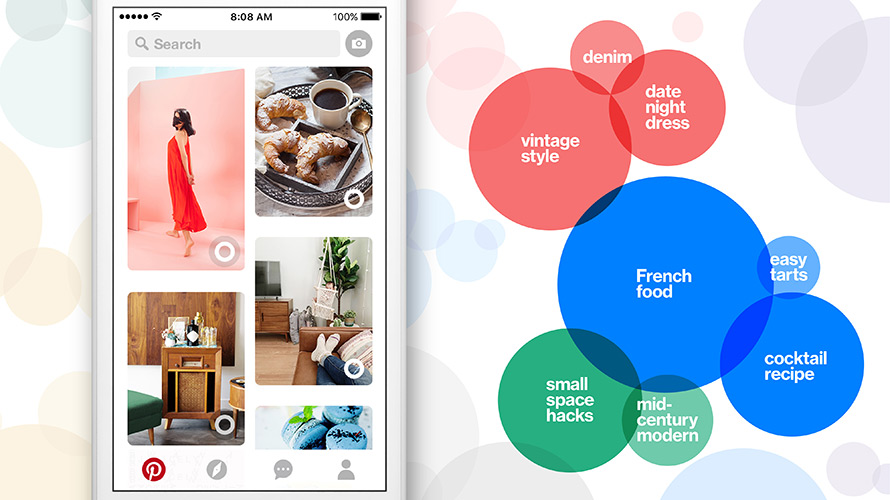 Pinterest is pinning its advertising goals on more targeted categories.

Last year, Pinterest acquired a deep-linking startup called URX, which has now launched a new ad product within Pinterest’s Taste Graph that surfaces over 100 billion pins based on someone’s interests. Advertisers now have access to 5,000 interest categories that will begin rolling out to advertisers in the coming weeks. According to Pinterest, initial results from the super-targeted ads have increased click-through rates by 50 percent and dropped the cost-per-click by 20 percent for brands like Nordstrom that have tested the tool.

Pinterest has aggressively positioned itself as a search engine as opposed to a social network for the past couple of years, competing with Google, Facebook and increasingly Amazon for search budgets.

“What we’ve seen is that agencies as well as advertisers are actually moving away from this siloed approach of search, social and email affiliate into performance marketing or biddable media where it’s about a brand being able to connect with a consumer,” said Mike Akkerman, head of marketing partners at Pinterest, during a Dmexco panel last week about search marketing.

Pinterest is reportedly on track to make $500 million in revenue this year, up from $300 million last year, according to a report from Recode. Last week Pinterest announced that it had 200 million monthly users.