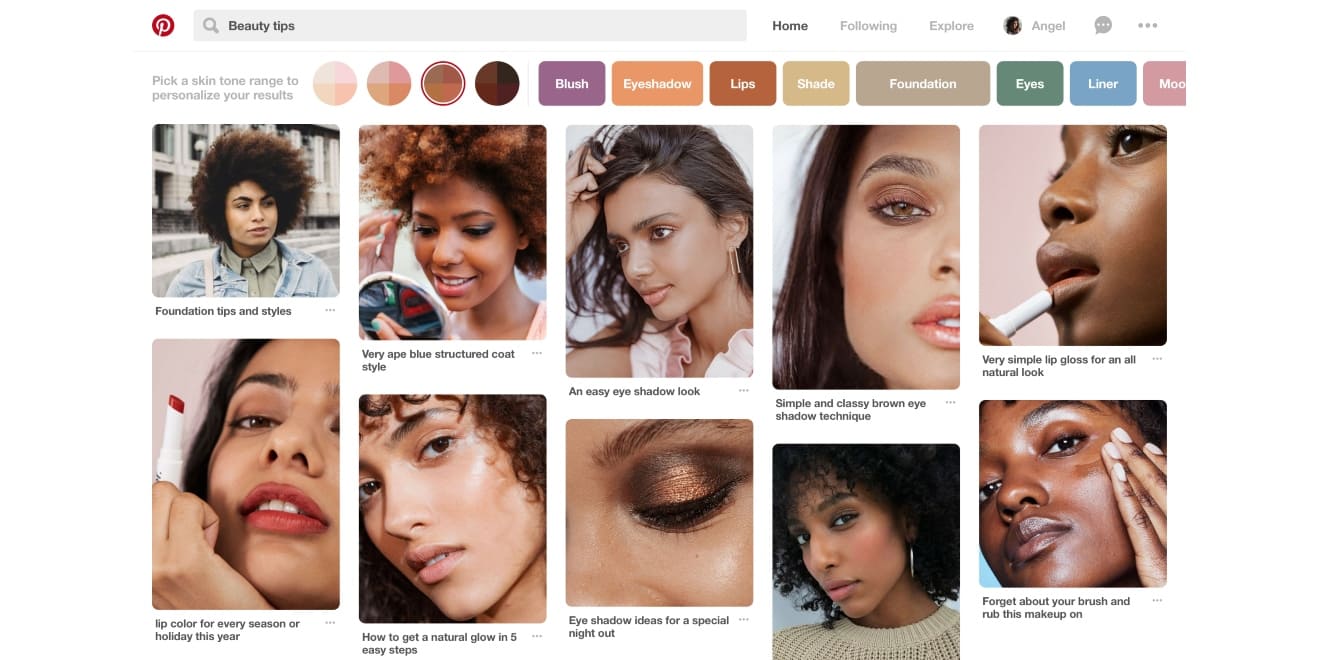 Pinterest released its annual diversity report for 2018 Monday, and it followed the same theme as similar endeavors from other tech companies: We’ve made progress, but “we still have a long way to go.”

The company met two of its three hiring goals for 2018 and just missed the third.

Its goal was to increase hiring rates for people from underrepresented ethnic backgrounds in non-engineering roles to 12 percent, and the company exceeded that goal and reached 14 percent.

Pinterest fell just short of its goal to increase hiring rates for engineers from underrepresented ethnic backgrounds to 8 percent, coming in at 7 percent.

And the company met its goal of boosting hiring rates for full-time female engineers to 25 percent, hitting the number on the nose.

Pinterest said it ended 2018 with women making up 47 percent of the company, up from 45 percent at the end of 2017, adding that 30 percent of its tech employees are women, up slightly from 29 percent the previous year.

On the user experience side, CEO Ben Silbermann said in a blog post that members of Pinterest’s engineering, inclusion and diversity and product teams teamed up on a feature that was introduced in beta in April, enabling users to customize their beauty search results by skin tone.

Pinterest introduced an apprenticeship program to attract people from non-traditional backgrounds in 2016, and the company said 93 percent of participants have been converted into full-time engineers.

In April, the company rolled out features to make its platform more accessible for people who are visually impaired.

And on the benefits side, employees received extended access to mental health treatment (including onsite and offsite therapy sessions), in vitro fertilization, surrogacy, egg freezing, breast milk delivery, transgender procedures and parental benefits including a fifth transition month for parents after their four months of leave.

Silbermann also shared some of Pinterest’s diversity initiatives for 2019 and beyond.

He wrote, “This year, we focused on diversifying where we sourced candidates and providing unconscious bias training to our interviewers and managers. However, we were inconsistent about building long-term relationships with talent. Relationships can’t be turned on and off. Building them requires continuous effort, even when there aren’t open positions. We created explicit goals for managers to spend time meeting new talent. And not only people who are in the industry today, but also with people who are likely to enter our industry in the future.”

Silbermann noted that the number of employee resource groups at the company rose from one in 2016 to eight at the end of last year, adding that an internal survey found that 85 percent of Pinterest employees feel like they belong at the company.

He concluded, “We still have a long way to go. That’s why we continue to make this work a top priority for Pinterest. We know it’s critical to building a great product and a strong company. Here’s what we learned in 2016 and 2017. We look forward to sharing more of the lessons we learn in the future.”