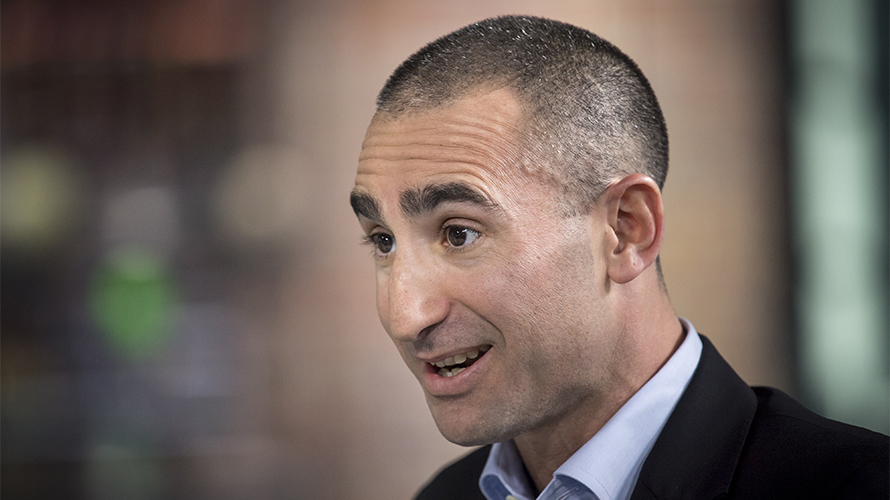 Barokas says there's not much publishers can do to push back against Google's GDPR terms. Getty Images

As Friday’s deadline to comply with the European Union’s General Data Protection Regulation (GDPR) law fast approaches, tensions have flared between Google and the many publishers that rely on its advertising platforms.

Several media trade groups signed an open letter to the search giant last month, accusing it of exploiting its market dominance to muscle publishers into a raw deal. Specifically, Google wants to classify itself within the GDPR framework in such a way that would give it unilateral control over publisher data, while eschewing that label for many of its other services, like its web analytics product and attribution manager, publishers say. Furthermore, the company has yet to file with the Interactive Advertising Bureau Europe’s system for publishers gathering consent to process user data, instead rolling out its own tool that the letter says imposes limits on the number of ad-tech vendors with which publishers work.

All of these gripes could come to a head on Thursday, when execs from Google’s partnerships, product, legal and engineering teams have reportedly invited the leadership of four major publisher trade groups—Digital Content Next, European Publishers Council, News Media Alliance and the News Media Association—in an attempt to reassure them that Google has their best interests at heart. However, Digital Content Next CEO Jason Kint said no one from his organization will be in attendance because Google has not responded to the group’s list of questions. The News Media Alliance and the News Media Association also said they would be sitting out the summit.

Sourcepoint founder and CEO Ben Barokas previously worked with publishers on Google’s behalf as the company’s general manager of marketplace development, a job he held for three years after the company bought his sell-side advertising platform, Admeld, in 2012. He left in 2015 to found Sourcepoint, a startup that helps publishers fight back against ad blockers and manage paywalls, because he felt Google wasn’t addressing many of the unique business challenges publishers were facing, like the rising tide of ad blocking software and difficulty forming substantive relationships with audiences.

Barokas spoke with Adweek about the complicated relationship between Google and the publishers it serves, the company’s lopsided concentration of power in the industry and the fraught process of preparing for GDPR.

The following has been edited for length and clarity.

Adweek: One of the biggest complaints publishers have with Google’s handling of GDPR is its insistence that they make it a “co-controller” of their data, while the company classifies parts of its own business as a mere data “processor” when it’s perhaps advantageous. How is Google able to get away with this?
Ben Barokas: In my opinion, they’re able to get away with it because they have so much leverage—so many publishers depend on Google for a vast majority of their revenue. Obviously … the advertising revenue mostly runs through their ad servers, DoubleClick for Publishers, and that holds true whether it’s video advertising, display advertising, mobile advertising or in-app advertising. So much of that revenue is coming through the DoubleClick Google platform and all of the associated systems that it’s kind of hard for the publisher to say no. So Google says, ‘OK, you say no? Well, we’re going to collect our toys and go home, and you can go and find yourself some other systems and try to cobble together some other kind of stack you can utilize and then find demand where you see fit.’ And that just doesn’t work. So in my opinion, the leverage comes with the dough.

Is there anything Google can tell publishers at Thursday’s meeting short of it completely changing course that will put their minds at ease? What are their priorities going in?
Many publishers know that they need to increase their ability to connect with their users and consumers more on a one-to-one basis. They also agree that many users need to be more educated around the transaction that happens every time consumption of content occurs—you’re not going to find a lot of people who disagree with those things.

The question becomes where exactly does the responsibility lie and how often for whom to reach out to the user and educate them and give them that choice of transparency. I think that what Google tends to do is decide on a course and oftentimes, that’s the safest course possible because obviously they have everyone from antitrust to data-privacy advocates gunning for them and hoping to bring suits left, right and center. … They are sort of in between a rock and a hard place of complying with the privacy advocates and the European [regulators] and the anti-competitive folks. And you know what? At some point, I can’t fault them for making relatively heavy-handed decisions because they have to cover their bases.

Do publishers hold any form of leverage here or is there a way in which they can organize to better position themselves?
As you see with the letter that was drawn up by [media trade group Digital Content Next] and the rest of the crew there, leverage is only created in solidarity, and no publisher is an island. Unfortunately, competitive forces have pitted them against one another too often, and they’re price takers not price makers. Because of that situation where they depend on the advertisers, so few have been able to develop content unique enough to drive a subscription-based model, so they can’t divorce themselves from the advertising. In the future, I think you’ll see publishing become much, much more of a hybrid model by which they can pass other revenue sources from ecommerce, from affiliate marketing in addition to advertising—whether that be display or video or audio.

How would you describe the general tenor of the relationship between Google and publishers when you were there? Has it changed in the three years since you left?
I would guess that there’s been a little bit of tempering of dependence on Google with the onslaught of monetization streams that came from the likes of header bidders and application monetization that have gotten in front of Google. That being said, they’re still the 800-pound gorilla in the room, and it’s few and far between the publisher that doesn’t use Google for some part of its back end and many for the vast majority. I think that dependence hasn’t lessened a whole lot. … I don’t see a vastly different stance either from the publishers toward Google or Google towards publishers—if anything, publishers have gotten more bitter about being so dependent on Google, but there’s not a huge number of options there.

This post has been updated to reflect that at least three major media trade groups will not be attending Google’s proposed meeting.