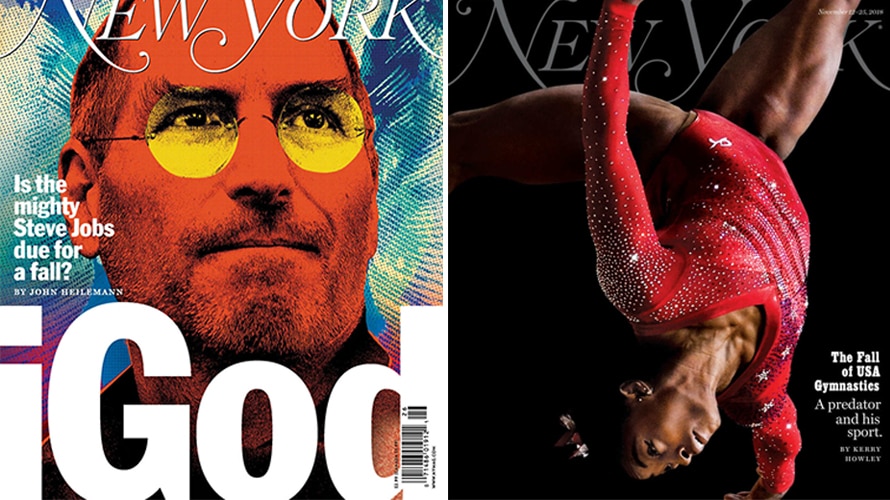 Not long after Adam Moss told staffers on Tuesday that, after 15 years, he’d be leaving as editor in chief of New York Magazine, David Haskell was named as his successor.

Haskell was described by CEO of New York Media Pam Wasserstein as “boundlessly creative and always inventive” and by Moss himself as a “superb editor” and “proven entrepreneur.”

After first joining the New York Media family in 2007 to guest-edit an issue on London, Haskell has gone on to edit almost 300 features for the magazine and helped launch some of the brands’ efforts to diversify revenue streams, like The Cut’s T-shirt line. 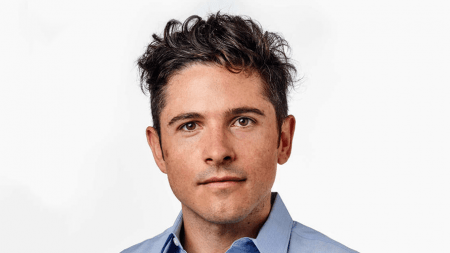 After toasting to Moss and his own new position on Wednesday, Haskell briefly caught up with Adweek about the print magazine, as well as the organization’s sister digital brands, which launched under Moss: Vulture, The Cut, Intelligencer, The Strategist and Grub Street. After most recently serving as New York Media’s editor of business and strategy, he will become the 50-year-old magazine’s eighth editor in chief.

This interview has been edited and condensed for clarity.

You’ve been working with New York Media since 2007. What has changed since then?
The whole 12 years has been an amazing ride, and in a lot of ways, the last two have been full of the most activity. Really, you can take any two years in this tenure and be shocked at how much has changed. Interestingly and paradoxically, this place is full of people who have worked here for a very long time. We’ve been constantly trying to reinvent ourselves and take the opportunity in the swift changes and confusions of our industry and sense where it’s going. How we can get there first and explore the changing environment in the service of our journalism?

You have New York Magazine, but also five other digital brands. How do you see going into 2019 with those varying voices?
Of all the gifts that Adam [Moss] has given us, the most important is a sense of who we are: how we talk, what we’re interested in, how we approach the news. To know who you are allows you freedom to reinvent yourself constantly. And especially that’s true for us. Part of who we are, and have been for 50 years, [is that] we have always been interested in the new and the next and the future.

"Of all the gifts that Adam [Moss] has given us, the most important is a sense of who we are."
-David Haskell

What sets New York Media apart from competitors?
Our discernment and exuberance in equal measure. Our joy in processing the now. Our wit, our balance in being super serious and not taking things too seriously. We have a pretty broad range of interests, but a very similar approach to everything we’re interested in—from the Mueller investigation or the 100 best pens. We approach both of those subjects shockingly similarly, and I think our readers feel that.

The relationship we have with our readers is I think the envy of the industry. I’m so grateful to that and challenged by that.

How do you feel the print product fits into your vision?
I love magazines. I love the magazine, period.

The print magazine gives you so many other opportunities to enrich a relationship with your readers. The frequency of a magazine and the strength of your relationship with the reader, the way you meet their expectations, the theater involved with a magazine cover—I love that stuff. And I hope we can do it forever. I’m also incredibly excited about applying more and more print magazine tools to the digital media universe.

"What’s exciting to me is when we land on a business opportunity that demands editorial excellence. Those are the ones I want to jump on and move aggressively on."
-Haskell

You’ve been behind a several efforts to diversify revenue streams: The Cut T-shirts, new partnerships, The Strategist. How important is that for the brand going into 2019?

It’s important to Pam [Wasserstein], it’s important to me. What’s exciting to me is when we land on a business opportunity that demands editorial excellence. Those are the ones I want to jump on and move aggressively on. We’ve discovered a way to apply our talents and uphold our highest editorial standards in this entire new revenue stream. That’s amazing, an incredible opportunity for the company, and I have done everything I can to help this company seize that opportunity.

What are you most excited about come April 1?
To fall in love with talent and find a way to harness it, to notice a young writer, notice a young editor, notice a not-so-young person that, for whatever reason, is in one place and sparks in you that he or she might be great elsewhere, and take that risk on those people. That is so much fun.