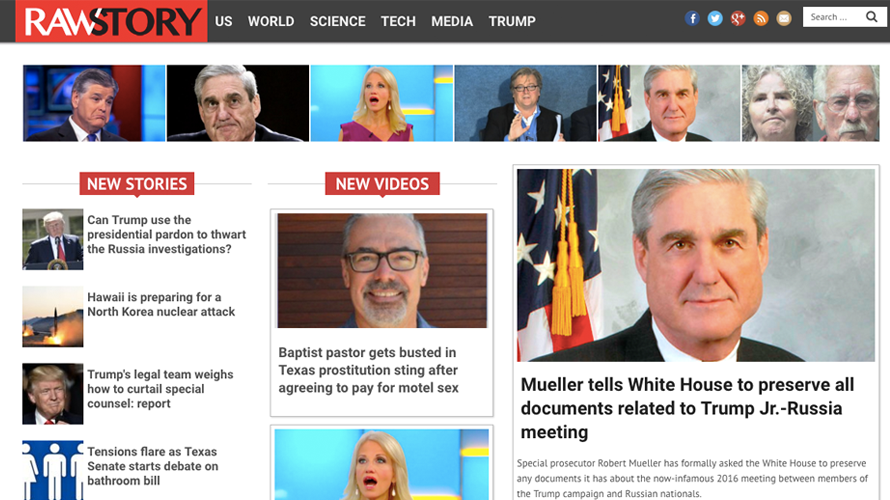 Progressive digital news site Raw Story voluntarily recognized its editorial staff’s union. The 10-person staff chose to organize with the Washington-Baltimore News Guild, who will represent them as they work to negotiate their first union contract.

Raw Story staffers originally sent a letter asking for voluntary recognition of their union on June 19, addressed to chairman and CEO John Byrne, vice chairman Michael Rogers and editor and publisher Roxanne Cooper. The letter was signed by seven staffers and included a statement describing how forming a union aligned with the values inherent in the types of stories the publication covers:

As the writers for a progressive digital publication, we support the rights of all workers to form a union. We believe that the process of unionization is the best way that we can work collaboratively with management to advocate for ourselves and for our ideals. Organizing a union is a way for Raw Story to practice the values of fairness and equality that it supports. We will work with management to create a contract that puts in place basic workplace protections, provides clear policies and rules regarding work responsibilities, and which fosters a productive, healthy and mutually beneficial work relationship between management and staff.

The Baltimore City Paper’s union, which was voluntarily recognized last month, was organizing with the Baltimore-Washington NewsGuild, but owner Baltimore Sun Media Group announced this month that it is shuttering the publication.