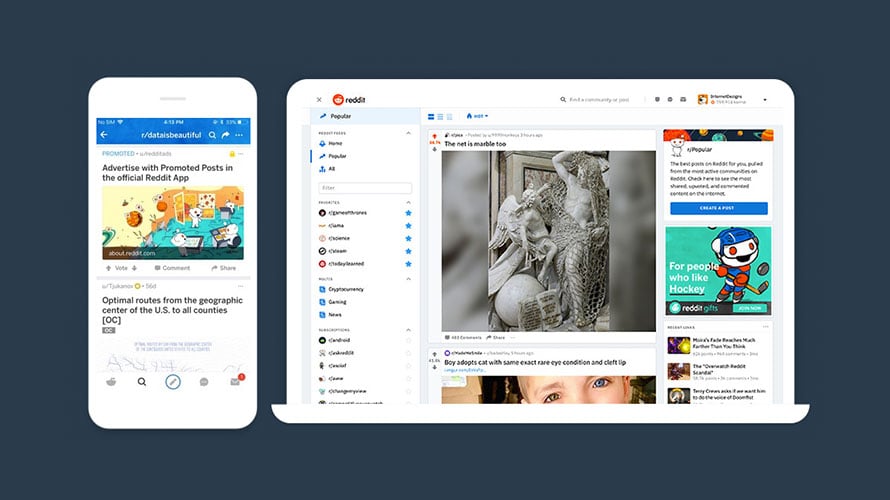 Reddit moved to its own ad server and ads stack built on its own technology last March. Reddit

Reddit is making what it calls its first foray into performance-driven ad bidding with its official debut of cost-per-click ads on its platform on Wednesday. However, this isn’t a new endeavor for most companies.

CPC bidding has been in beta testing the past few months with over 50 advertisers, including Wayfair, Hired and Kabam. Reddit said participating brands are seeing CPCs slashed by as much as 50 percent compared with CPM (cost per thousand impressions) bidding on its platform.

Brands that were in the test group confirmed Reddit’s numbers.

Hired growth marketing manager Chase Gladden said, “As a direct-response marketer, this new bid option provided the opportunity to mitigate the risk of buying on solely viewable metrics to one better tied to an offsite conversion. This led to a decrease of over 50 percent in CPC and an overall improvement in the quality of traffic down-funnel.”

Kabam marketing manager Roz Hajian said her company has been promoting its Marvel Contest of Champions game on Reddit with “high-fidelity” video ads that showcase gameplay and new character releases. 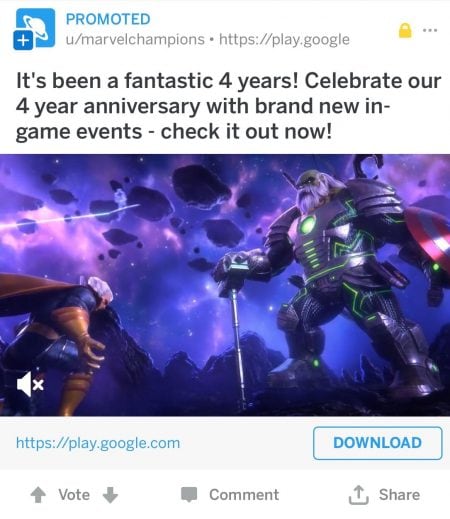 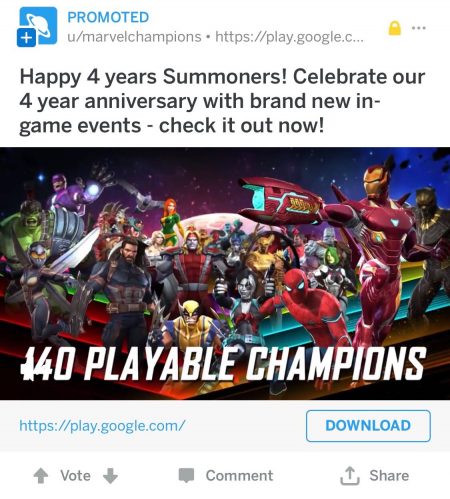 The news aggregation and discussion site has supported ads since 2007. It moved to its own ad server with ads stack built on its own technology last March.

Gladden said Reddit’s ad setup process was easy, but Heather Green, senior vice president of social strategy and content at Zenith, feels that its ad interface is more cumbersome to use than those of other platforms and “not user-friendly on the enterprise level.”

Green said of advertising on Reddit in general that “it should be the best idea ever because you have this very distinct platform and community with lots of targeting capabilities: this very popular website with subgroups that you can put ads in front of. The targeting is already done for you.”

Starting Wednesday, advertisers can bid on CPC inventory directly via Reddit’s ads dashboard, and those buys will run across all platforms and devices as either links or promoted posts, including video.

Reddit vp of brand partnerships Zubair Jandali said, “Advertisers that have historically been deeply efficiency-focused and not yet worked with us due to the absence of CPC now have the opportunity to access it. There are very few times when a new inventory source as substantial as we represent comes online.”

Media buyers, however, were not as enthusiastic.

Jenny Lang, senior vp and managing partner of integrated investment at UM Worldwide, said, “If there’s an efficiency play, great. It’s not going to move spending one way or the other.”

Green also pointed out that while advertising on Reddit is often less costly than doing so on other social platforms, the resulting traffic and clicks can be very low as well, adding, “I’m not sure that a sponsored post on Reddit is the best way to get success unless you’re looking for another programmatic channel and trying to save money and still get a lot of impressions.”

Reddit is preparing to introduce enhancements to targeting, reporting and campaign management to launch later in 2019.

Still, Green saw more potential for brands using Reddit organically rather than advertising on it, saying that brand safety issues are riskier than those on other platforms. “Is Reddit a great part of an advertising strategy? If a brand can embrace being authentic to a conversation, sure. If they can find a way to create trust between them and Reddit users, it can work in their favor. I think it’s a challenge.”

Lang echoed Green’s brand safety concerns, saying, “Reddit has a super-engaged audience, but some brands don’t want to be associated with something they can’t control too much, with all of the comments.”