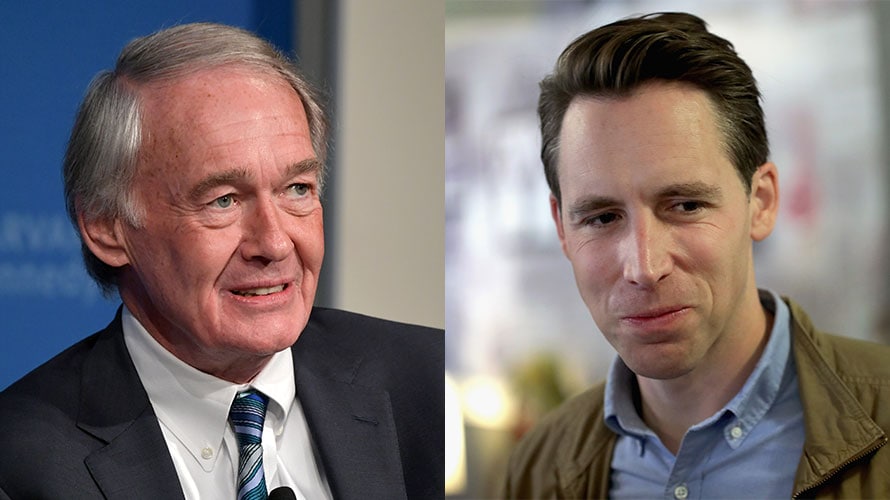 Legislators have continually tried to improve COPPA, which prohibits tech companies from collecting location data and other personal information on children under the age of 13 without the consent of a parent and is enforced by the Federal Trade Commission, over the last 20 years. The bill, which passed in 1998 and went into effect in 2000, was last revised in 2012.

Additionally, the bill would limit the sale of internet-connected devices that are targeted toward children, requiring those devices to meet a set of cyber-security standards and requiring additional disclosures about how information is collected, used, transmitted and protected.

These specific challenges were not envisioned when the bill was written and passed in 1998.

In a statement, Markey, who was the original author of COPPA and has long been an advocate of children’s privacy protections during his career in the House and Senate, called the update an “accompanying bill of rights” for children’s online privacy.

“In 2019, children and adolescents’ every move is monitored online, and even the youngest are bombarded with advertising when they go online to do their homework, talk to friends, and play games,” Markey said. “In the 21st century, we need to pass bipartisan and bicameral COPPA 2.0 legislation that puts children’s well-being at the top of Congress’s priority list.”

Hawley, the former Missouri attorney general and the youngest member of the Senate, said in a statement that Congress needed to get serious about “safeguarding” personal information of children online.

“Big tech companies know too much about our kids, and even as parents, we know too little about what they are doing with our kids’ personal data,” Hawley said. “It’s time to hold them accountable.”

That’s not to say that the bill has a straight shot at becoming law. Markey has long advocated for the protection of children’s information online and has since 2011 repeatedly introduced similar legislation that has died in committee. And big tech has long fought against COPPA and its enforcement.

In 2019, though, the attitude toward big tech companies has shifted, and there is particular bipartisan vigor surrounding the protection of children online. YouTube faced a barrage of criticism for a viral hoax that was supposedly targeting kids on the platform; more pressingly, the platform, facing advertiser boycotts, disabled comments on most videos depicting minors over concerns about child safety.

Around the country, officials have proven eager to enforce COPPA in its existing form. The New Mexico attorney general in September, for example, filed suit against a mobile game developer as well as Google and Twitter for allegedly violating the federal children’s privacy law; other state attorneys general have somewhat regularly pursued cases against tech companies for collecting information about kids without obtaining consent. In February, the FTC slammed ByteDance, the parent company of the TikTok video app popular with kids and teens, with a record $5.7 million fine for COPPA violations.

Among legislators, there’s also an appetite for federal privacy in additional forms. Legislators continue to hold hearings and work on drafting federal data privacy measures that would enshrine consumers of all ages with more digital privacy. As advocates press for robust privacy protections, internet and media companies are pushing for lax rules so business can continue as usual.

Don't miss Adweek NexTech, live this week, to explore privacy, data, attribution and the benchmarks that matter. Register for free and tune in.
@kelseymsutton kelsey.sutton@adweek.com Kelsey Sutton is the streaming editor at Adweek, where she covers the business of streaming television.