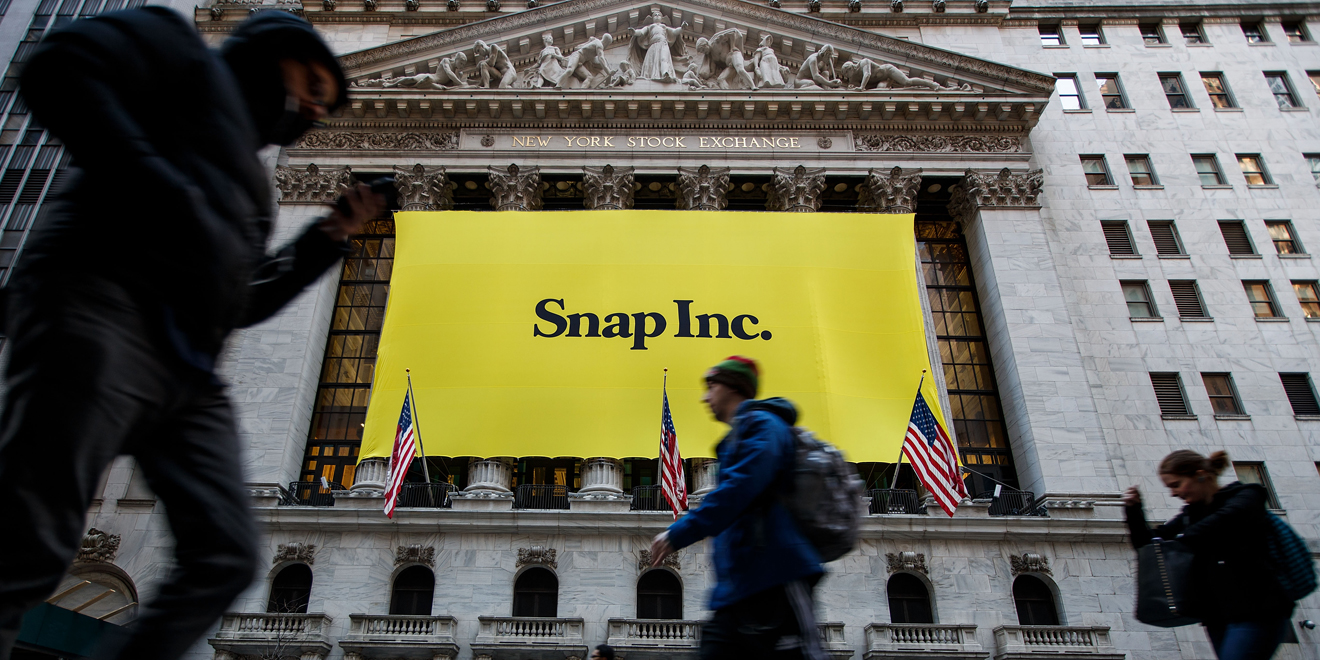 Can Snap ramp up its growth in the coming quarters? Getty Images

All eyes in the tech world were on Snap today to see if the recently public app pulled off a successful second quarter, particularly with Wall Street’s growing concerns about the company staying ahead of competitor Instagram.

During the second quarter of 2017, Snap made $181.7 million from 173 million daily active users, up from $149.6 million from the previous quarter. Second-quarter revenue missed a Thomson Reuters estimate of $186.2 million but was up 153 percent year-over-year before Snapchat’s API began rolling out in earnest.

In terms of average revenue per user, or ARPU, Snap reported a cost of $1.05, a 16 percent increase over the first quarter. “We are still in the very early days [of advertising],” CEO and co-founder Evan Spiegel said during the conference call.

Outside of advertising, “other” sources of revenue, mainly from video-recording Spectacles, made up $5.4 million. Snap claimed $8.3 million of “other” revenue during the first quarter.

Meanwhile, Snapchat reported that it has 173 million daily active users, adding 7 million users for the quarter. That’s slower growth than the previous quarter, when the app added 8 million users.

Within the U.S. and Canada—North America made up 81 percent of Snap’s revenue—the app added 4 million new users while 2 million came from Europe and the rest of the world.

Instead of focusing on raw numbers during the call, Snap execs played up engagement, with Spiegel noting that every daily active user creates 20 snaps per day.

Slow user growth has been a major concern among investors, as Facebook-owned Instagram continues to gain steam. Instagram’s clone of Snapchat’s stories feature reported 250 million users in June, up from 200 million in April. 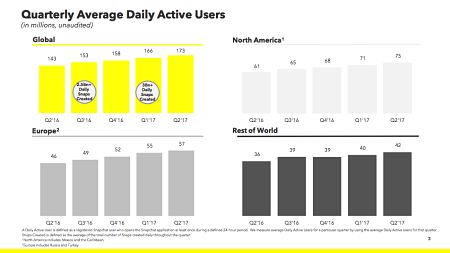