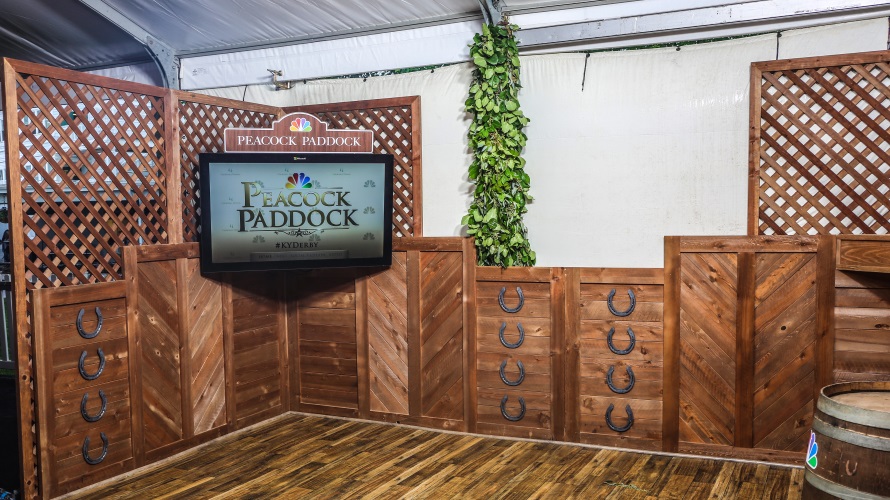 Snapchat and Facebook will be humming along to My Old Kentucky Home during NBC Sports’ presentation of the 143rd Kentucky Derby Saturday.

Snapchat will host a Live Story from Churchill Downs Saturday, allowing users of the messaging application to post from the racetrack or from their own viewing parties, and NBC said it will incorporate that Live Story into its broadcast.

Users will also have access to a special Kentucky Derby-themed lens.

As for Facebook, the NBC Sports page will win, place and show several Facebook Live videos, including:

For those who will actually be in attendance, the Peacock Paddock (pictured above), the “first stop” on the Kentucky Oaks Pink Carpet and Kentucky Derby Red Carpet, will contain a 55-inch touch-screen monitor showcasing social trends and parties from around the country, and as each celebrity begins the walk down the pink or red carpet, they can make their picks for the races, which will be shared via NBC Sports’ social accounts.

Celebrities at Churchill Downs can also show off their Derby fashions via the Phantom Camera, a high-speed video camera that creates super-slow-motion video clips.

NBC will present five hours of Kentucky Derby coverage starting at 2:30 p.m. ET, while NBCSN will get going at noon.