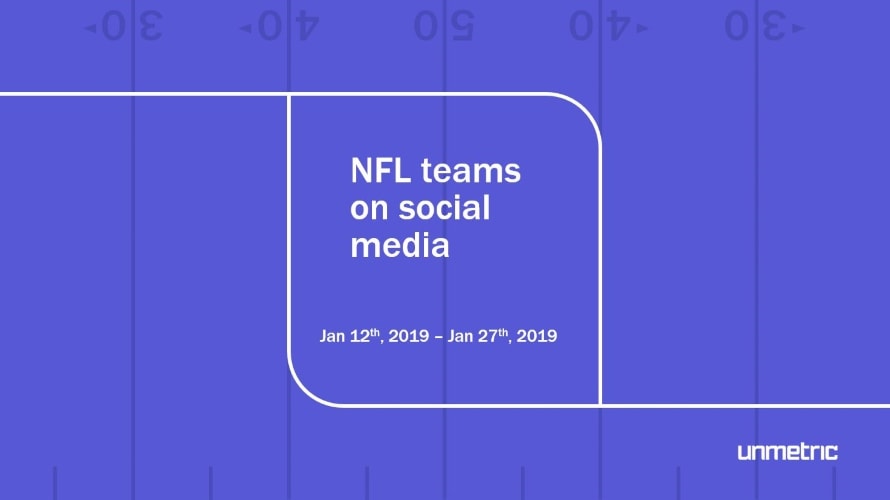 The Kansas City Chiefs had the highest engagement on Facebook Unmetric

To the victors went the spoils, as the two National Football League teams that will face off in Super Bowl LIII Sunday, the Los Angeles Rams and New England Patriots, dominated Facebook, Twitter and Instagram from Jan. 12 through 27.

Social marketing firm Unmetric found that the Patriots tallied the most likes and comments across Facebook, Twitter and Instagram during that time period, as well as the most tweets and the highest engagement on Instagram.

The Rams, meanwhile, led all three social networks in growth and scored the highest engagement on Twitter, as well as the most Facebook posts during the period tracked by Unmetric. 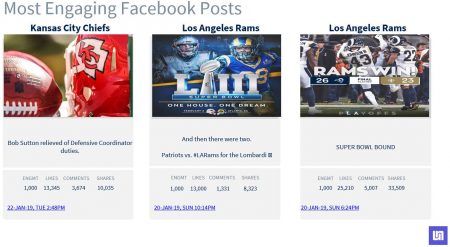 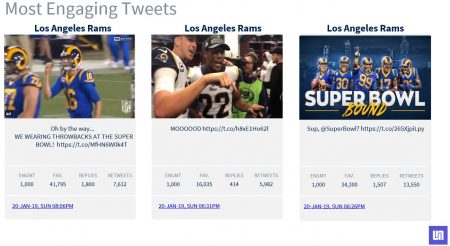 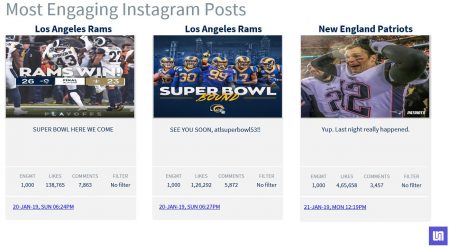