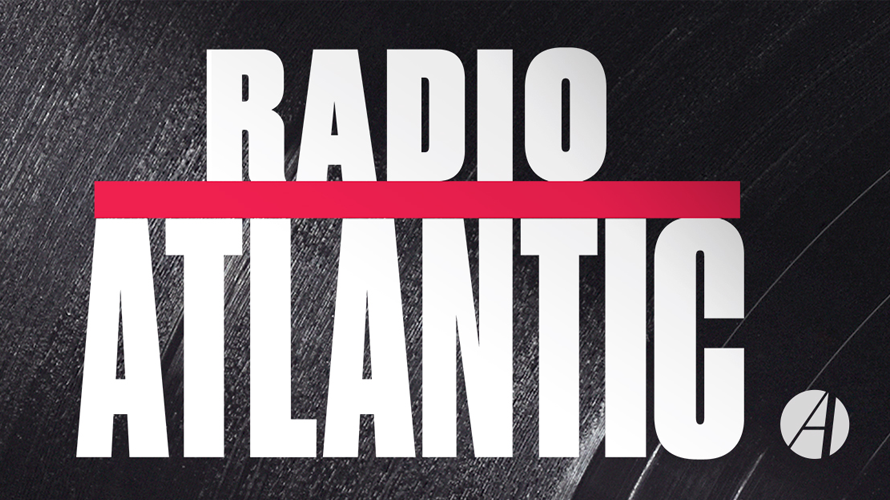 What you hear listening to the first episode of Radio Atlantic, the publication’s flagship podcast that makes its debut today, isn’t necessarily what you’ll get the next time. “We expect one of the things listeners will hear is a certain amount of variety in format,” says Atlantic executive editor Matt Thompson, who is a co-host along with editor in chief Jeffrey Goldberg and contributing editor Alex Wagner. “Episode two is not going to sound like episode one,” he tells Fishbowl.

One of the experiments in format, for example, that Thompson hopes to introduce as the podcast progresses is making its audience a part of the podcast. “Hearing voices of people responding to some of the themes that people are talking about is something that I’m definitely very interested in and hope that we can also figure out how to do in future episodes,” he says.

But certain things will definitely be the same. Each show will have a specific theme, a sort of leading question or idea that will organize what is covered throughout the podcast. The roundtable discussions you hear in the first episode will be, as Thompson describes it, the show’s foundation. The hosts will continue to be Goldberg, Thompson and Wagner, a trio that coalesced rather organically. “I don’t even remember whose idea it was first to mix the three of us, but we got into the studio early on, we did a few trials and we really liked the rapport among us three,” he says. “We found that we had a pretty natural interplay with one another, even when we were in multiple studios.”

Goldberg and Thompson were together in Washington for the first episode, and Wagner, as she put it in the episode, was joining “All the way from New York City. They don’t call it The Atlantic for nothing.”

The debut episode itself opens with a segment that plays with form, relying on narrative storytelling that the podcast will occasionally turn to but that won’t be a defining feature. And yet that segment, about the origins of Radio Atlantic’s theme song, a reimagined Battle Hymn of the Republic composed by Jon Batiste, is a perfectly formed example of what the podcast is about–connecting the past to the present, in both Atlantic and American history, and trying to figure out what it all means.

Thompson finds himself in a unique place to sort through all that. As co-host, he is directly involved in the particulars of each episode, but as cross-platform executive editor, a position he was recently promoted to, he is also involved in figuring out the big-picture idea of where and how the podcast fits within The Atlantic’s storytelling infrastructure.

“Part of how I think about radio at Atlantic, is, there are things the audio medium does incredibly well, and this show now offers us a vehicle to use it more,” he says. “As a very human medium, it allows us to connect with one another. It allows me to sit in the studio with Jeff and pick his brain on how he is observing the world and the events that are taking shape. It allows us to kind of listen in public. It both adds to the ways that we can tell stories, and also, in some ways, adds to our ability to report them.”

In this way, Radio Atlantic is as relevant for its own staff as it is for its audience. “Here in the newsroom in the Atlantic, we have conversations about coverage and of course what’s happening in the world with one another all the time,” he says. “Now, instead of a conversation about something significant that we’ve covered that just kind of takes shape within the newsroom and then dissipates…we have a mechanism for coming into the studio and talking about what we cover that we can all listen to and propel further conversations, and I think that informs our reporting and the types of questions that we ask.”

"It both adds to the ways that we can tell stories, and also, in some ways, adds to our ability to report them."
Matt Thompson, co-host of Radio Atlantic

The podcast also provides a new opportunity for The Atlantic to pull parts of its 160-year history out of an archive and into the present. It has done it previously with its Life Timeline project, which creates personalized timelines drawing on stories from its archive, and the podcast is doing it now, starting with Julia Ward Howe’s lyrics to Battle Hymn of the Republic, first published in The Atlantic, or more specifically, on the cover of The Atlantic, in 1862.

The Atlantic is a later entrant to the podcast scene, even among publications. Magazines from The New Yorker to The Nation to The New Republic have had podcasts up and running. The Washington Post keeps introducing new ones. The New York Times recently produced a home run with Michael Barbaro’s critically-acclaimed The Daily.

Thompson isn’t worried about that.

“My perspective on it, having come to The Atlantic from NPR, is that because podcasts have grown increasingly popular over the last decade, decade plus, it feels to us in this moment like we’re late in the game, or it feels like this medium is reaching this maturing, but having listened to podcasts for a while, and having only become a more avid listener, even after working at a company whose primary medium is audio, my perspective on it is we’re going to be listening to things for a long time,” he says.

Thompson points to the new entrants on the scene, and the recent shift from creating podcasts that hew to specific demands of terrestrial radio to ones that reflect a more fluid environment for experimentation.

“And so, I don’t feel late at this vantage point,” he says. “I feel like in some ways we’re still right at the beginning.”