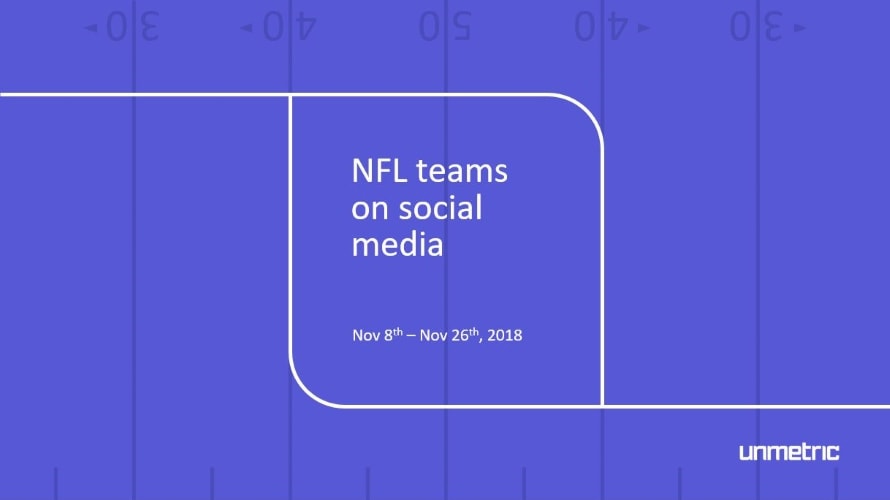 The Los Angeles Rams remained ram tough on Facebook, Twitter and Instagram during weeks 10 through 12 of the National Football League season, according to social marketing firm Unmetric.

Unmetric analyzed all 32 teams in the league on the three social networks from Nov. 8 through 26, using its cross-channel reports, and it also found that: 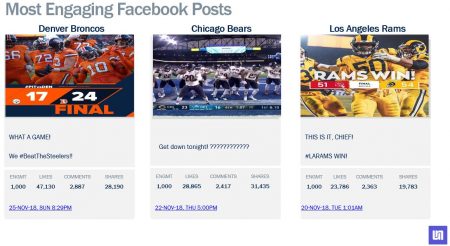 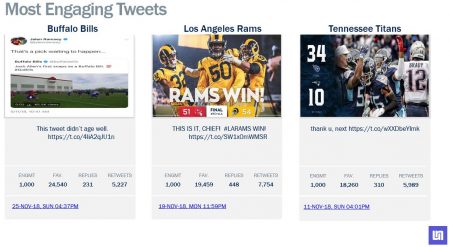 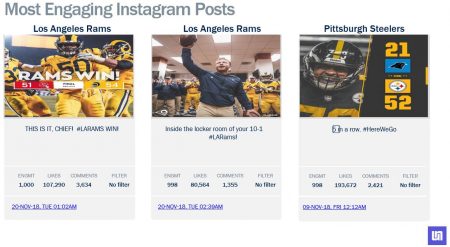