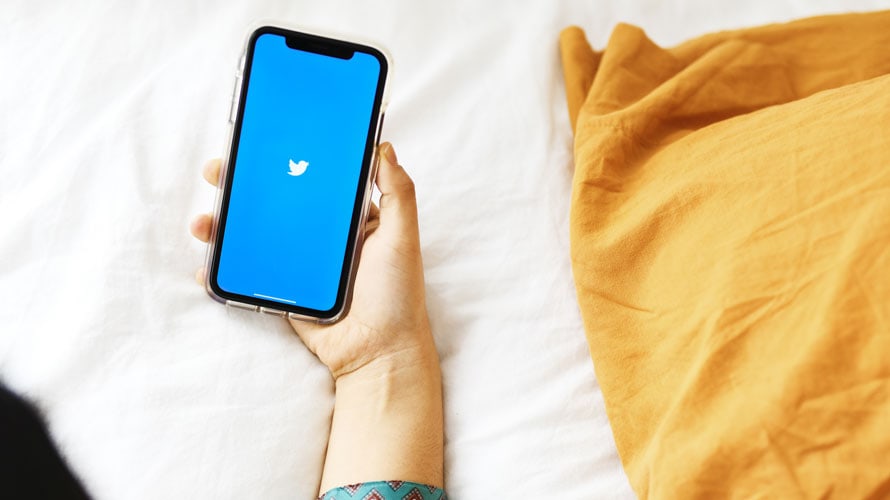 Additionally, surprising no one, Pew found that the most active Twitter users account for the lion’s share of tweets. Pew found large discrepancies between median users and those who are extremely active on Twitter, meaning that a disproportionate amount of content on the social network comes from a small number of users. The top 10 percent of Twitter users in terms of activity are responsible for 80% of tweets created in the country, with the median user in that group tweeting 138 times and favoriting 70 posts per month, following 456 accounts and being followed by 387. (In contrast, the median user in the bottom 90 percent creates just two tweets per month, favorites only one post, follows 74 accounts and is followed by just 19.) 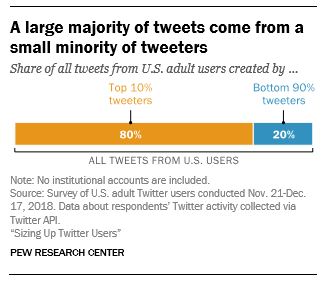 Members of this group are more likely to be women (65%, versus 48% for the bottom 90% of tweeters), more likely to post about political issues (69% compared with 39%) and more likely to use automated methods allowing other people to tweet on their behalf (25% versus 15%). 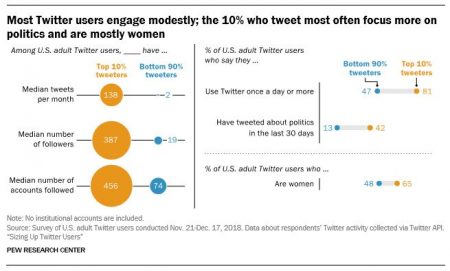 The nonpartisan research firm studied the Twitter activity of 2,791 U.S. adult users who agreed to participate between Nov. 21 and Dec. 17, 2018, after recruiting them from Ipsos’ KnowledgePanel, a probability-based online panel of U.S. adults.

There were also similarities between Twitter users and the general population, including in the gender and racial makeup of the two groups, as well as their political leanings.

Pew also examined differences in perceptions of political issues by U.S. Twitter users and American adults in general. More people on Twitter believe African Americans are treated unfairly compared with whites (64% versus 54%), immigrants strengthen the country (66% versus 57%) and it is harder for women to get ahead (62% versus 56%). The numbers were a little closer when it came to people taking offensive content they see online too seriously (59% versus 54%) and being very attached to their local communities (12% versus 17%).