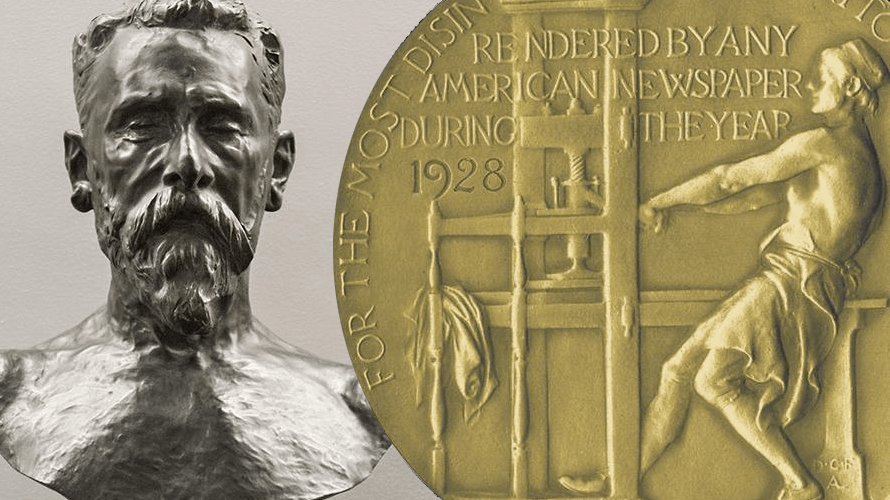 The New York Times and Reuters each won two Pulitzer Prize awards as part of the 103rd class of Pulitzer winners, announced this afternoon.

Dana Canedy, the Pulitzer administrator, said it was an “especially competitive field” and said she was admittedly breaking tradition to recognize the student newspaper, The Eagle Eye, at Marjory Stoneman Douglas High School, whom she said “should give us all hope for the future of journalism” after it reported on the fatal shooting.

Canedy also recognized other reporters who were killed in the line of duty, including Jamal Khashoggi, a Washington Post columnist, and staff members at Capital Gazette who were killed when a gunman open fired in the newsroom.

Their work this year shows “a steely resolve in upholding the highest principals and ideals in this noble profession,” Canedy said. The Capital Gazette was given a special citation by the Pulitzer board and a $100,000 bequest to “further the newspaper’s journalistic mission.” Notably, a trio of different outlets were recognized for their work in covering three separate mass shootings: the South Florida Sun Sentinel, the Capital Gazette and the Pittsburgh Post-Gazette.

Aretha Franklin was also given a special citation for her “indelible contribution” to American music, Canedy said. The prizes will be distributed at a lunch on May 28 at Columbia’s Low Memorial Library.

Here are the 21 winners, out of the more than 2,500 entries that are submitted every year:

Breaking News Reporting: The Pittsburgh Post-Gazette, for coverage of the mass killing at Pittsburgh’s Tree of Life synagogue

Investigative Reporting: Matt Hamilton, Harriet Ryan and Paul Pringle of the Los Angeles Times, for coverage of the University of Southern California gynecologist accused of harassment

Local Reporting: Staff of The Advocate, for coverage of Louisiana’s court system

National Reporting: Staff of The Wall Street Journal, for coverage of Trump’s payoffs to women

International Reporting: Maggie Michael, Maad al-Zikry and Nariman El-Mofty of the Associated Press, for coverage of the war in Yemen

Feature Writing: Hannah Dreier of ProPublica, for coverage on crackdown on MS-13

Commentary: Tony Messenger of the St. Louis Post-Dispatch, for coverage of unjust conditions in Missouri

Breaking News Photography: Staff of Reuters, coverage of migrants coming to the U.S.

Fiction: The Overstory by Richard Powers

Biography: The New Negro: The Life of Alain Locke by Jeffrey C. Stewart

Poetry: Be With by Forrest Gander

General Nonfiction: Amity and Prosperity: One Family and the Fracturing of America by Eliza Griswold