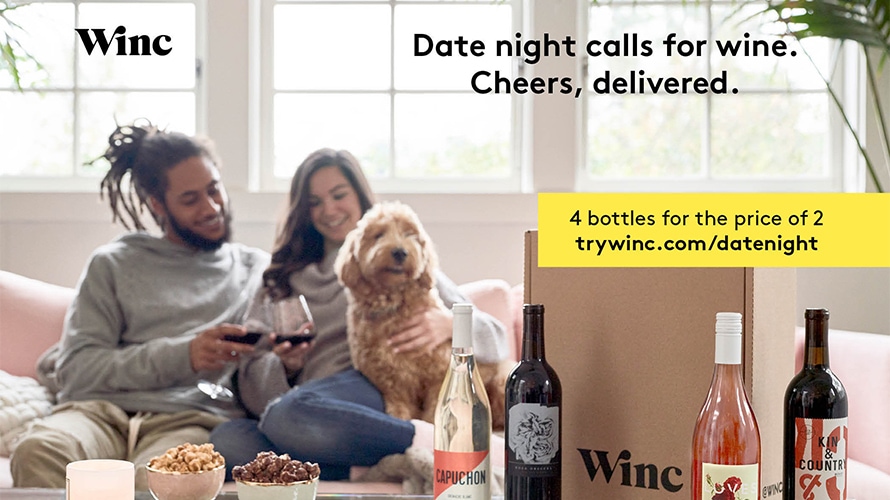 Winc is both an advertiser and retailer on the platform. Winc

Brands try every available marketing tool to meet customer acquisition costs, and in the fancy digital age, some companies are bringing back some old-school tactics, like package ad inserts.

UnDigital, a package insert advertising marketplace, is tapping into marketers’ concerns over some of the unsavory areas of digital, and helping both retailers and advertisers meet their perfect match. After all, Ryan Millman, UnDigital co-founder and CEO, said any ad inserts in packages get a 100 percent view rate. So far, more than 90 retailers like Jenson USA, Winc and Urban Outfitters are using its marketplace.

“It’s a win-win,” Millman said. “The retailers are monetizing their offline packages, our advertisers are driving acquisition.”

Unlike other ad insert programs, UnDigital gives retailers and advertisers the direct power (instead of outsourcing) to decide how many inserts, the type of artwork and organize swaps—a practice that lets two different companies swap ad inserts in each other’s boxes.

For example, Jenson USA, a bike shop that does 99 percent of its sales via ecommerce, recently started testing with UnDigital as a retailer—meaning companies want the space in Jenson’s boxes. In October and November 2018, the company sold two different slots to advertisers, like Harry’s, a shaving brand for men and more recently, women, and Brickwell Cycling. These companies were chosen because their customer demographic—a male around 35 years old—aligned with Jenson’s.

Ivan Tijerina, a digital advertising associate at Jenson USA, said the company plans on continuing testing and using UnDigital in 2019, especially in the winter months to offset the dip in profits the company experiences because of the number of sales it has during the holidays.

“The real value is in our industry—to offer this as a solution to really small brands that we work with,” Tijerina said. “Large manufacturers have the budgets to go out and buy the reach that’s needed to announce a new product line. [The small brands] don’t have the [logistics] to spread their message and cast a wide net.”

At its peak, Tijerina said the company ships out about 45,000 boxes, with Q4 and Q1 taking a dip to about 30,000 boxes. Jenson USA also dabbles in other forms of marketing such as programmatic advertising, retargeting, email marketing and affiliate marketing but as the price to advertise on those channels rises, this is another chance for a “revenue opportunity.”

MyPhoto, a photo gift and product company, works as an advertiser on the platform, and started using UnDigital in October. MyPhoto worked with Lucky Vitamin, a vitamin company, in October and November, with 1,500 inserts. While the company is only two months in with UnDigital, Michael Ross, director of marketing strategy at MyPhoto, said UnDigital attracted them because of the ability to streamline the process, better rates and to use as another acquisition channel.

Winc, a monthly wine subscription club, is both an advertiser and retailer on the platform. In November, the company had its inserts in retailers like Rue La La and Byourbed. On the flip side, The Yoga Club had inserts in Winc’s boxes.

Winc is still using UnDigital in 2019, beginning with a curated “date night” January box, where customers opening up their Winc boxes will receive a set of curated Valentine’s Day ad inserts.

“As a retailer, having inserts in our box overall enhances the experience with our customers,” Smith said. “When our customers open their box and see different offers in there, we try to make it really personal and something they would genuinely like and would go with their wine of the month.”

This isn’t Winc’s first foray into an ad insert program, but Smith said a platform like UnDigital is “really helpful.” A big bonus is that Winc can do swaps with other companies.

“Hopefully, we’ll be in boxes with same ethos that we do and exposing their audience to something they genuinely be interested in,” Smith said. “I just think that physical cards and appearance really enhances their monthly experience with their product and vice versa.”