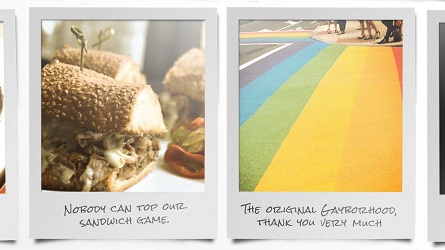 This may well be the best inaugural cover yet for a U.S. quarterly print edition of Time Out magazine. 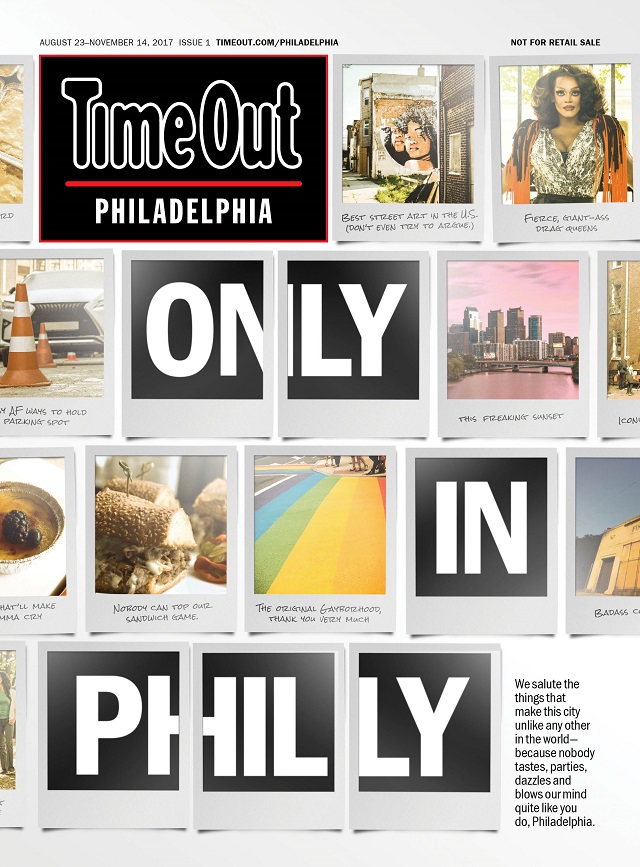 In support of the cheeky retro-Polaroid composition, the editors have layered in captions that feature full-on Philly speak. ‘THE ORIGINAL GAYBORHOOD, THANK YOU VERY MUCH,’ reads one cover-line caption, below a picture of a rainbow-colored crosswalk. ‘BEST STREET ART IN THE U.S. (DON’T EVEN TRY TO ARGUE.)’ crows another.

Serving editor is Josh Middleton, a 2010 Temple University grad who has worked in the past as an editor at both Philadelphia magazine and Philadelphia City Paper. Copies of Time Out Philadelphia will be handed out Aug. 23-24 in Center City and the launch party Aug. 31 at The Field House will; feature music by Pennsylvania band Go Go Gadjet.