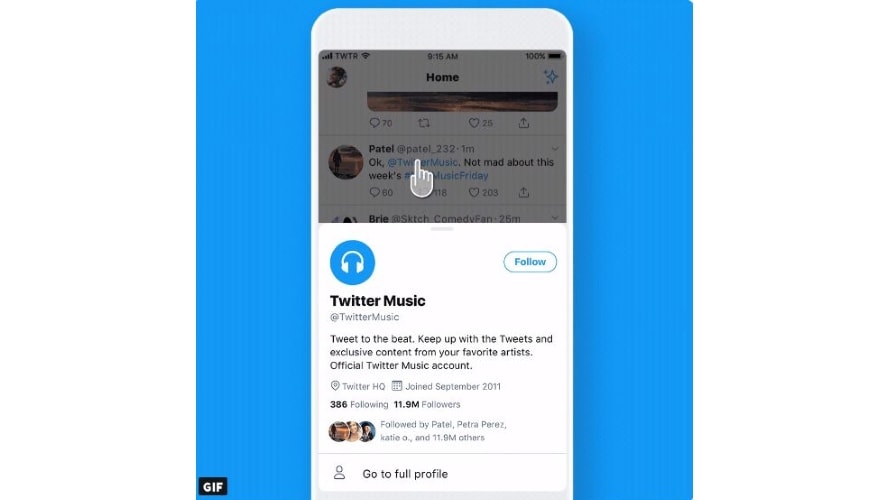 Twitter is testing a new way for its iOS users to preview profiles without leaving their timelines.

The social network said in a tweet that iOS users can tap on any @ handle contained within a tweet to bring up a preview, which allows them to check out that account and follow it, should they choose to do so.

We’re testing an easier way to check out profiles on iOS without leaving your timeline! Simply tap any @ handle in a Tweet, take a peek, follow, and get right back to it. Let us know what you think! pic.twitter.com/dIUFxI2r4C

UPDATE: The test was expanded to Android, as well:

Aaand for those of you on Android, we’re rolling out this experiment to you now.