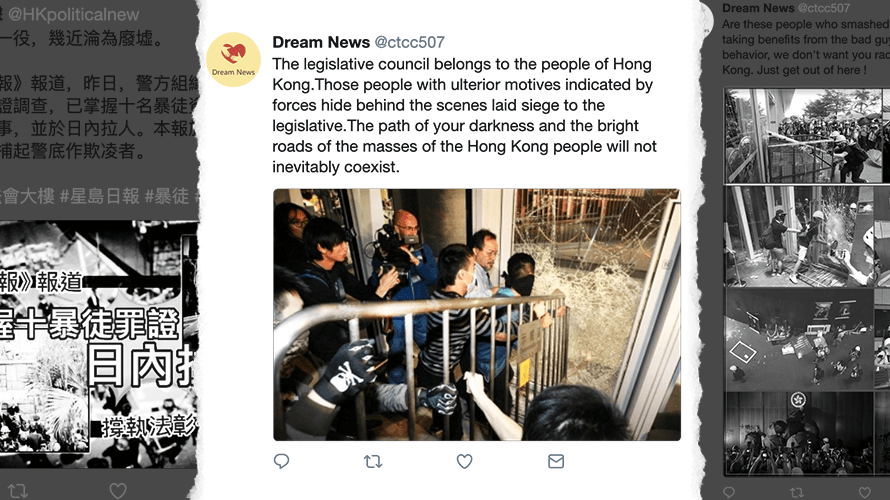 Twitter today said it is changing its advertising policies and no longer accepting ads from state-controlled media entities. The announcement came on the same day the platform discovered coordinated activity from China attempting to sow political discord in Hong Kong.

“We want to protect healthy discourse and open conversation,” the company wrote in a blog post on the policy change. “To that end, we believe that there is a difference between engaging in conversation with accounts you choose to follow and the content you see from advertisers in your Twitter experience, which may be from accounts you’re not currently following. We have policies for both, but we have higher standards for our advertisers.”

Advertisers affected by the change will have 30 days to offboard from Twitter’s advertising products. Twitter said it will “stringently enforce these policies,” adding that no new campaigns will be allowed from state-controlled media entities.

Twitter did not have specific information to share on the volume of advertising it sees from entities affected by the new policy, saying only that it believes whatever impact the policy change has on its ad revenue is worth it to protect the integrity of its platform for both advertisers and users.

The policy does not apply to taxpayer-funded entities, such as independent public broadcasters, and Twitter said affected accounts will not be restricted from using its platform to engage in public conversation.

The policy does apply to news media entities that are either financially or editorially controlled by a state, according to Twitter, which added that it will use sources including Reporters Without Borders’ Press Freedom Index, Freedom House, the Economist Intelligence Unit’s Democracy Index, the European Journalism Centre’s Media Landscapes Report, the Committee to Protect Journalists and UNESCO’s framework to assess media independence.

Earlier in the day, Twitter said it suspended 936 accounts originating in China for a range of violations of its platform manipulation policies, including spam, coordinated activity, fake accounts, attributed activity and ban evasion.

Twitter said the ad policy change had been in the works for some time and was not a direct response to the activity in China.

The company said in another blog post that the accounts it suspended were aimed at sowing political discord in Hong Kong and undermining the legitimacy of protest movements there, and its investigation uncovered “reliable evidence” to support the belief that the operation was backed by the Chinese government. Twitter is blocked in China, but the social network said these accounts accessed it either via virtual private networks or specific unblocked IP addresses.

According to Gleicher, the people it removed used fake accounts to manage pages impersonating news organizations, post in groups, spread content and drive users to off-platform news sites. Roughly 15,500 Facebook accounts followed one or more of the pages, and around 2,200 joined at least one of the groups. 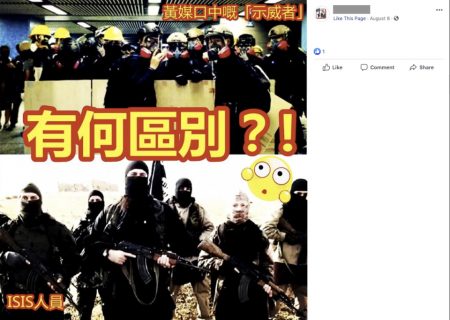 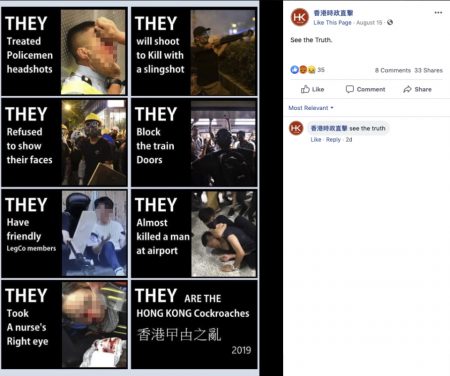