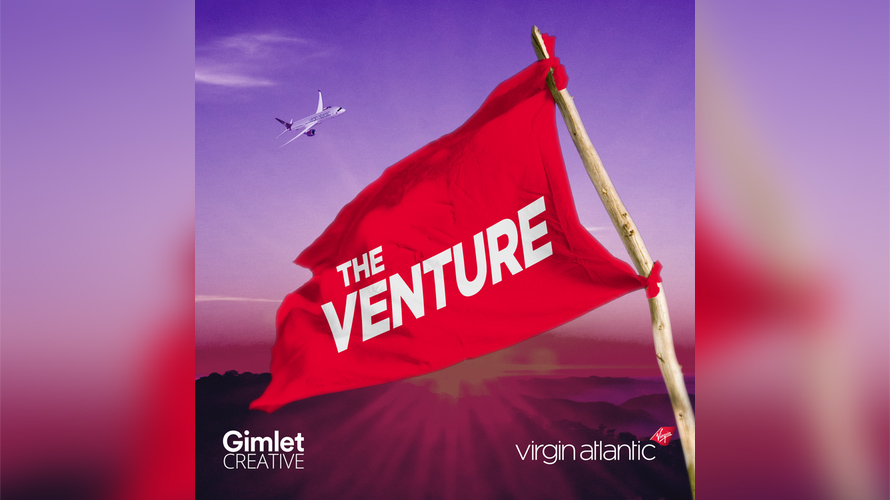 What do MTV’s The Real World and The Onion have in common? They were both founded by entrepreneurs with visions that paved the way for new industries like reality television and satirical news.

“I’ve been intrigued by podcasts for a while and we really felt like it was a format which resonated with our audience, particularly business flyers,” said Jenna Lloyd, head of marketing for Virgin Atlantic North America. “We looked at mavericks who were challenging the status quo and doing disruptive things to that industry—by telling their stories we can inspire our listeners and even ourselves to continue to challenge the industries that we work in.”

According to Mark Figliulo, founder and CEO of Virgin Atlantic’s agency Figliulo&Partners, the idea for the podcast came from working with founder Richard Branson (who has faced his own rocky journey in building the brand) to record a radio commercial last year. None of the episodes talk about the aviation industry at length, though promos plugging Virgin Atlantic run during segments.

“Hearing him tell his story was a much more expansive story than we could fit in a traditional radio spot,” explained Figliulo. “I was sitting there thinking, ‘Boy, this is a story people would like to hear but also [people would enjoy] hearing other people like Richard.’ Richard Branson is a pretty good archetype for these podcasts—people who do things their own way, they’re driven by something beyond making money. They inherently push against the status quo and come up with something different.”

The Venture is also the first time that Gimlet has worked with an agency to shape the direction and create sponsored content. The Brooklyn-based podcast company has already created podcasts for eBay and Tinder.

“What makes for a good branded podcast is really being willing to tackle real stories—you’re asking people to put earphones in and listen to it for 20, 25 minutes and no one is going to do that if it sounds like an ad to them,” said Gimlet Creative’s Rafsanjani. “This was the first time that we did a branded podcast with an agency as a partner—they helped us with the overall idea and narrowing down what the series is going to be about and then our job is to come back to them and say, ‘How about these people?’”