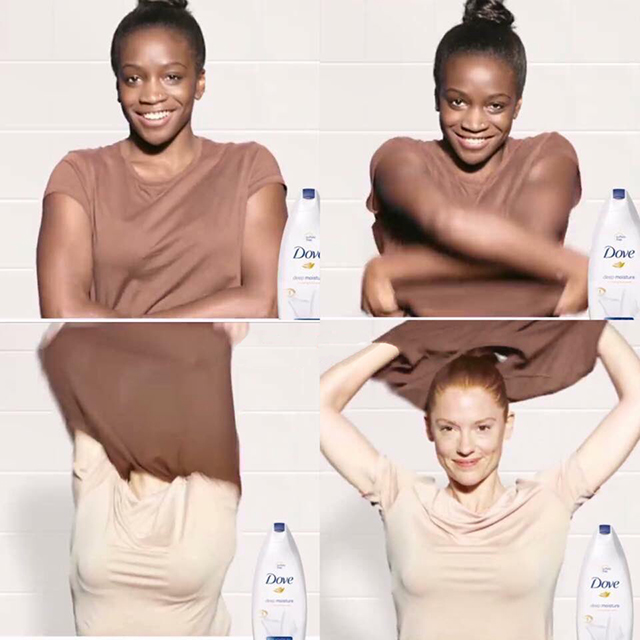 The actress in Dove's ad says the brand's message was misinterpreted on social media. Twitter: @NathiMthethwaSA

As agencies prepare for the era of the six-second ad and Facebook convinces partners like P&G that two seconds might just be enough to get the point across, brands trying to navigate the media minefield are finding it more challenging than ever.

Just this week, Dove had to pull a three-second spot deemed “racially insensitive” because of images that appeared to depict a black woman transforming into a white woman, and several industry veterans agreed that marketers and agencies should hire more minorities to avoid this sort of headache in the future.

Yesterday, the actress at the center of the story, Lola Ogunyemi, penned a Guardian op-ed arguing that the ad had been misinterpreted as racist. She said consumers would have better understood the brand’s message had they seen the full 30-second TV spot or even the original 13-second Facebook clip.

Ogunyemi noted that the Facebook clip also included a third Asian woman and that the full spot featured seven women of “different races and ages,” each of whom answered the campaign’s central question: “If your skin were a wash label, what would it say?” All official versions of the ad have since been scrubbed from the internet.

So is this latest controversy just a symptom of our increasingly attention-challenged culture? Have we lost all capacity to detect nuance in both editorial and promotional messaging?

Everyone’s angry all the time

“If you look at the history of messages, they’ve played out in very traditionally linear ways, like long-form videos that were subversive and told a story,” said Ian Schafer, Twitter personality and chief experience officer at The Engine Group. But the digital and social platforms that have come to dominate our daily lives have also forced brands to move away from that format, with sometimes disastrous results.

"We've gone to such great lengths to curate the content in our feeds that they've become rage engines."
Ian Schafer, chief experience officer, The Engine Group

“Trying to fit within the creative parameters that the platforms are giving us and bending to their ideas of what works and what doesn’t, [occurs] at the brand’s own risk,” Schafer said.

Amy Hellickson, vp of client services at Laundry Service, argued that cultural sensitivity, rather than the length of the ads or the speed of their production, is the real issue.

“Producing content quickly allows brands to respond to internet moments that are relevant and important to consumers,” she said. “The key to doing this successfully is to have a clear data-driven strategy for the brand and a team that can provide a variety of perspectives on these moments and the context surrounding them.”

Hellickson also said that diversity in staffing is crucial and that “a strong strategy [combined with] an effective approvals process” can help reduce the chances that audiences will misread the work.

The medium is (not) the message

“In my experience, the smaller the ad, the more creative time it may actually require,” said executive creative director Lara Wyckoff of Kansas City’s Bernstein-Rein. “It’s ironic that we think something so small has less impact or deserves less priority. The amount of eyeballs that hit these things make a big impact. Caution, care and craft apply.”

“The most recent ad from Dove was laziness, condensing a 30-second spot into a Facebook post,” she said. “Given their apology, the nuances were not thought through. And if they were, they should have stood by their vision and the line they are willing to cross. In the eternal cat fight for audience mind share, it’s more important than ever that brands know themselves.”

"Social media dissection has gotten to the stage where any advertisement can be analyzed like the Zapruder film of JFK's assassination."
YouGov BrandIndex CEO Ted Marzilli

Regarding the hundreds, if not thousands, of messages that fly across our screens every day, she added, “Those grains of sand need to be gold, every last one of them. The scrutiny is more acute, and the platforms, mediums and audiences are vast and quick to react.”

Schafer places the blame squarely on the all-consuming influence of technology in our lives.

Referring to Dove and similar controversies, he said, “It’s a symptom of the disease.”

“We’ve gone to such great lengths to curate the content in our feeds that they’ve become rage engines,” he continued. “Everyone has filled the empty voids in their lives with places to get ornery. It creates a more binary system. You’re either for it or against it.”

This too shall pass

“Social media dissection has gotten to the stage where any advertisement can be analyzed like the Zapruder film of JFK’s assassination,” said YouGov BrandIndex CEO Ted Marzilli, who argues that consumers will quickly forget the current scandal. “Brands and their agencies need to be aware of that fact.”

He continued: “In most cases, provided the company takes quick action, the overall impact on brand perception tends to be modest, according to the data. In this case, [our] data suggest that consumers, and particularly women, are talking about this, but the current misstep is not likely to create a long-term issue for Dove.”

“Everyone shares the blame for this polarized landscape,” said Schafer, who lumped the Dove controversy together with Pepsi’s infamous Kendall Jenner incident, noting that most viewers responded to the image of her co-opting the posture of social justice movements rather than the full ad.

“There’s still lots of opportunity for social media to be great, but we are still in the phase where we use it for its literal worst possible use until we learn better,” he said. “I do think good will win out, but it might be a while.”