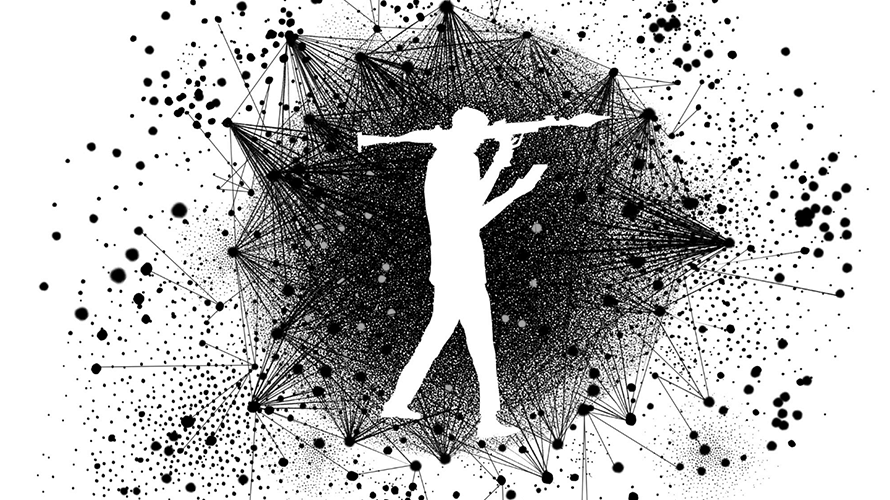 Singer argues that brands, ISIS recruiters, reality stars and Russian bots are all playing in the same arena online.

When P.W. Singer set out to write a book about military use of social media in 2013, he couldn’t have known exactly what kind of rabbit hole he was entering.

The half-decade that followed would see social media power the rise of the Islamic State, elevate white nationalist movements and serve as a tool for a foreign actor seeking to undermine an American presidential election. In LikeWar: The Weaponization of Social Media, Singer and co-author Emerson Brooking fit phenomena like these into a broader narrative about the fast-evolving nexus of propaganda, digital marketing and psychological warfare.

In their conception of weaponized social media, everyone from brand marketers and reality stars to terrorist recruiters and military personnel are now competing with one another in a viral attention battleground where troll armies, misinformation and bot networks are weapons of choice.

Singer spoke with Adweek about how this social media atmosphere evolved, why brands need to pay attention to Russian bots and how artificial intelligence personas could be the future of online propaganda.

The following has been edited for length and clarity.

How did this book originally take shape?

Initially it was looking at social media use in war, but very quickly, war becomes melded with terrorism—so you think about the rise of ISIS in 2014. And then we start to see its use by criminal groups—cartels, gangs—and then it morphs into politics, where all the things that we were seeing in, for example, Russia and Ukraine start moving over into Brexit and American politics and the like. It was a pretty extensive journey, and along the way, the project got bigger and bigger.

The challenge of this topic and I think why we all weren’t handling it well is how big it is. So people were looking at just one slice of it, one geographic region or just one target and missing out on the larger trend.

For example, the people interested in terrorism were looking at ISIS’ use of social media but they weren’t aware of, say, how Russia was using it.

The people who were in these political worlds didn’t understand digital marketing or pop culture so they were missing things that anyone with an ad background or who knew what Taylor Swift does would go, ‘Of course.’ The approach was to bring all this together—to bring together all the classic research in history and psychology studies and sociology and digital marketing.

But the second thing about this space is that you can both research it and jump into it. So we joined online armies, both actual ones—you can download apps to join Israeli Defense Forces operations—to competing online tribes.

And then the third thing that hadn’t been done that was really striking was talking to key players. So we went out and interviewed an incredibly diverse set of people to learn from them—everyone from the recruiters for extremist groups to tech company executives to the pioneers of online marketing to reality stars to generals.

How do the concepts and tactics you talk about in your book go beyond ordinary digital marketing?

“LikeWar” is a concept that brings together all these different worlds. If cyberwar is the hacking of the networks, LikeWar is the hacking of the people on the networks by driving ideas viral through a mix of likes, lies and the network’s own algorithms. It’s this strange space that brings together Russian military units using digital marketing to influence the outcome of elections to teenagers taking selfies and live-feeding but influencing the outcome of actual battles. You’re seeing some of these techniques from ad companies, marketing and the like. They’re being used for different purposes, but they’re playing out all in the exact same space. 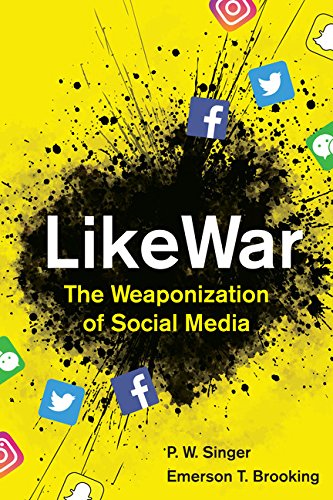 You see this, for example, with hashtag hijacking, where we saw ISIS using the hashtag for the World Cup or you see it used very deftly by Trump’s online army. In this competition, whether it’s between ad companies or political or military groups that are using the very same tactics, there’s been this evolution, there’s these lessons that emerge, there’s new rules to the game. The book breaks down these five aspects to virality that hold true whether the character is ISIS’ top recruiter or Taylor Swift or Wendy’s.

As you were working on the book and these events were playing out in real time, were you shocked at the impact these tactics eventually had—influencing the outcome of the 2016 election—or were you expecting that sort of thing based on your research?

A yes and no answer: the not shocked part is that I’ve always been drawn to these topics where I think there’s something big going on and we’re not paying enough attention to it.

The part that’s been shocking is how much of an impact it had in such a short amount of time. In many ways, how it was mishandled was really hard to deal with. You’re studying it, and it’s like you’re watching a slow-motion train wreck happen in front of you.

These companies are like parents going through the stages of grief. Initially, it was denial. And now they are moving into the mix of acceptance and bargaining. So they’re doing a lot more, however there’s a still long way for them to go.

There’s a cycle where companies will create this technology but then be stunned by the legal, political and moral marketplace implications of it. And then they go, ‘A-ha, you know what the solution to this is? New technology.’ And we can see that playing out right now with AI, where there’s a belief that AI will somehow solve all of these problems—policing the networks and the like. But then you can quickly see how it’s just going to create a whole new array of issues.

A great example of this is the realm of chatbots and deep-fakes, where there’s a lot of interest in it from the corporate side—making hyper-realistic personas online can be good for everything from persuading someone to buy a product to saving money on customer service to ads. Of course, just like everything else, these will be weaponized—weaponized against companies and their customers and weaponized in politics.

We’re headed for a very science-fiction future where AI battles AI for our human thoughts and actions—whether it’s in marketing or in war or the strange place where they meet.

Is there anything companies still don’t seem to understand about this phenomenon?

One of the less recognized aspects of this is that it’s not just political-related disinformation but rather that social networks combine our personal connections with an attention economy. So that means the actors that are engaging in LikeWars may be using the same tactics, sometimes towards the same targets but will have completely different motivations.

There’s an important lesson here for companies moving forward in that they, like it or not, will be targeted in this space and they have to understand it. You can see that in things from what Toyota went through with the challenges related to its product being used by ISIS to how Domino’s got sucked into the Israeli-Palestinian conflict to Nike deliberately leaping in as part of the Colin Kaepernick campaign but not anticipating that part of the pushback would come from Russian bot networks. Then the final thing is companies beginning to engage in these activities themselves—look at what Amazon has done in creating online campaigns where employees are incentivized to engage in LikeWar tactics.